After Brutal Arrest By Scum Albanian Police, Our Serbian Hero Marko Djuric Will Return To Serbia Kosovo This Saturday During Midnight Easter Liturgy !

Djuric's trip, 12 days after his arrest in Kosovska Mitrovica that caused fresh tensions between Belgrade and Pristina, has been confirmed by the Office, and also in Pristina, through statements made by the Kosovo Ministry of Foreign Affairs, and an adviser to the minister, Jetlir Ziberaj.

Serbian official to return to Kosovo after brutal arrest !

Office for Kosovo and Metohija Marko Djuric will on Saturday attend midnight Easter liturgy at the Serbian Orthodox Monastery of Banjska in Kosovo.~

On March 26, Kosovo authorities said they had banned Djuric from entry, while Belgrade cited agreements reached in Brussels, according to which Djuric was only under obligation to announce his visit, and backed it up by publishing documentation.

Now Ziberaj has told Albanian language website Gazeta Express that the ministry "approved" Djuric's visit - "in the spirit of peace and understanding on the occasion of the Orthodox Easter holiday."

He added, "Djuric like all believers has the right to pray in any church he wishes."

"He will adhere to the rules, because he is facing a new reality in Kosovo and all Serb state officials are acquainted with that reality," said Ziberaj.

After the incident in Kosovska Mitrovica and the brutal action of Kosovo special police, PM Ramush Haradinaj said that Djuric had been told "not to enter Kosovo on that day only." 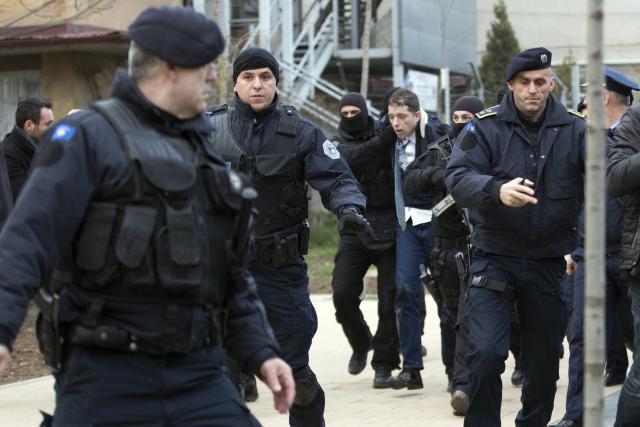 27 March
2018
Albanian Scum Militia Attack And Arrest Serbian Officials In Kosovo During A...
3040

29 March
2018
Strong Voices From The Serbian Government, We Will Support Our Fellow Serbs Of...
1812

14 May
2018
United Nations Security Council To Discuss Kosovo Today And The Albanians Of...
1056

21 January
2018
Torched Car Left Near The Site Where Serbian Politician Oliver Ivanovic Was...
1409