AS I HAVE STATED MANY TIMES BEFORE, KOSOVO WILL BE OURS AGAIN, IN SERBIAN HANDS ! PARTION BEGINS, AT LEAST FOR NOW .....  KOSOVO IS SERBIA ! ~ ZN

Hashim ' Hashish' Thaci ordered the head of the Serbian Government's Office for Kosovo and Metohija dragged through the streets, in order to humiliate him, Albanian language website gazetaexpress.com writes on Tuesday, citing "domestic and international sources."

"It was Thaci who ordered Djuric dragged through streets" ~ Unnamed international officials told the website about "fears that yesterday's event was a scenario to partition Kosovo."

Occupied Kosovo leader Hashim Thaci gave the order to bring Marko Djuric to Pristina, after his arrest on Monday in Kosovska Mitrovica.

Prior to this, continued the report, quoted by Beta agency, Thaci "summoned First Deputy PM Behgjet Pacolli, Interior Minister Flamur Sefaj, and Kosovo Police Director Shpend Maxhuni to his cabinet, and gave them his instructions on how to act in the north of Kosovo, to where elite police units had been sent."

"A source who was at the meeting" is quoted as saying that Serbian President Aleksandar Vucic called Thaci on the phone, and "threatened to bring the (Serbian) Army to the border with Kosovo."

"After this conversation," continued the report, Thaci "ordered the police to bring Djuric to Pristina and humiliate him by leading him like a criminal, handcuffed and with his head held down."

Unnamed international officials told the website about "fears that yesterday's event was a scenario to partition Kosovo."

"The creation of new circumstances, the start of unrest in the north would lead to creating a new situation, after which Serbia would move ahead with the idea of partitioning Kosovo," a Western diplomat is quoted as saying.

According to this report, Kosovo Prime Minister Ramush Haradinaj - whose government is today at risk of collapsing after the Serb List announced its exit - "stayed out" of Monday's events. 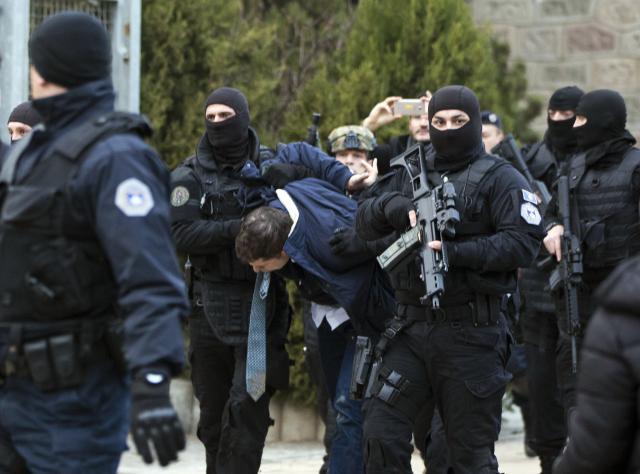 27 March
2018
Albanian Scum Militia Attack And Arrest Serbian Officials In Kosovo During A...
3774

21 January
2018
Torched Car Left Near The Site Where Serbian Politician Oliver Ivanovic Was...
1899

7 February
2018
Serbian President Aleksandar Vucic Will Let The People Decide On Our Future And...
1910