A Bloody Christmas Horror, 48 Civilians Including 11 Children Slaughtered, Mutilated Over The Holiday Weekend By U.S. And Saudi Airstrikes In Yemen !

U.S. and Saudi warplanes have been escalating airstrikes against Yemen for weeks, and seem to be picking up the pace again over the Christmas weekend, with a huge number of different strikes reported across north Yemen over the past 48 hours. On Sunday, multiple airstrikes were reported to have killed at least 48 civilians, including 11 children. The strikes hit several areas, including reportedly attacking a public protest against President Trump’s Jerusalem decision, injuring scores of civilians.

On Monday, the attacks continued apace, with 11 killed in Sanaa, eight killed in Hodeidah,and four more killed in Dhamar Province. Saudi officials offered no statements on any of the attacks, which has become increasingly common in recent months.

While Saudi officials had long preferred to be very proactive in offering blanket denials of civilian deaths, or claim that all the children killed, no matter how young, were militants, the soaring death toll, with virtually no military targets being hit, seems to have the Saudis dropping the facade, and just counting on international ambivalence to keep the pressure off of them for war crimes in Yemen. 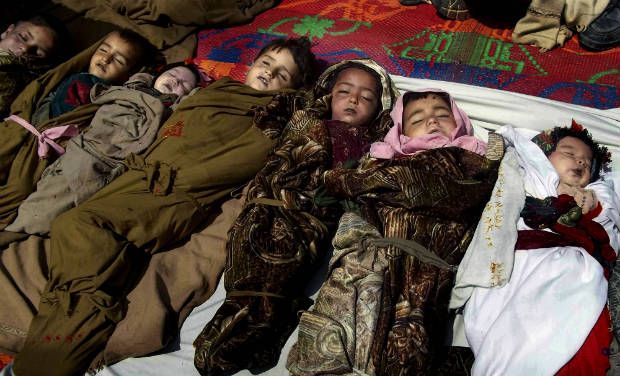 5 February
2018
There Is No Stopping This Madness, The Trump Regime Together With Saudi...
871

31 December
2017
Shocking As Officials From The Saud-Backed Yemeni Government Have Issued A...
961

1 March
2018
The Slaughter Continues With No Mercy, Five Little Girls Ripped To Pieces By...
1423