A Bloody Mess In Ukraine As Mafia Style Slayings Between Top Nazi Officials And Masked Soldiers Starting To Erupt ! (PHOTOS)

Sergei Sternenko, former head of the Odessa branch of the Right Sector fascist movement, killed one man and wounded another in an altercation on May 24, in what appears to be infighting among the city's far-right ultra-nationalist groups.

After being hospitalized in Odessa, Sternenko soon fled to Kiev. There is mounting evidence that Odessa officials, including Regional Gov. Maxim Stepanov, who previously bailed out the fascist, are protecting Sternenko from investigation.

Presented here is a selection of articles from Timer, one of the few surviving Ukrainian news sources with an anti-fascist perspective.

Fountain massacre: what do we know a day later?

May 25: TIMER decided to bring together all the data on the conflict that happened between the former head of the Odessa branch of the Right Sector, Sergei Sternenko, and two men on the evening of May 24 on Fountain Road, as a result of which one of the opponents of Sternenko was killed, and the second and Sternenko himself were injured.
Sternenko's opponents have been identified. They were a 29-year-old resident of Ilyichevsk (Chernomorsk) Ivan Kuznetsov (who died as a result of the conflict) and his contemporary Alexander Isaykul from the Black Sea settlement of the Kominternovsky district of the Odessa region.

According to the sources of TIMER in law enforcement agencies, both men have a certain criminal background: they were activists of one of the semi-criminal structures (headed by a certain Alexander P.), participating in various criminal trials, including wearing masks for various "patriotic actions.” On this basis, our sources believe that the statements of Sternenko that the men attacked him on somebody's order may be true.

The investigation has now officially established that the injuries to all three participants in the clash were caused by the same weapon. In a video published by Sternenko immediately after the events, he confirms that the knife belonged to him (i.e., the attackers were unarmed). Subsequently, Sternenko removed the video and now denies that the knife was his: he claims that during the fight he took it from one of the attackers. The police are skeptical of these statements.

However, even if the knife belonged to Sternenko, it could still be said that the murder took place within the framework of self-defense, even without exceeding the limits of this: The Criminal Code of Ukraine gives citizens the right to use weapons in case they were attacked by a group of persons.

Sternenko’s main problem is different. According to preliminary information, based on the inspection of the scene and the nature of the wounds received by the victims, Sternenko inflicted a fatal wound to the dead man after both attackers fled. The fact that Sternenko rushed in pursuit of one of the assailants is confirmed by his girlfriend on the remote video, and the same is said by witnesses interviewed by the police. Moreover, the nature of the wounds found on the body of the deceased, is such that with them, in principle, he could not escape. And this means that these injuries were incurred after the flight -- in a situation that precludes the interpretation of what happened as self-defense on the part of Sternenko.

In other words, the actions of Sternenko during the first part of the events as a whole fit within the scope of the Criminal Code. However, by rushing after in pursuit of the assailant and finishing him off, Sternenko still committed a serious crime.

According to TIMER, the police and the prosecutor's office, as of the morning of May 25, came to the conclusion that Sternenko should be suspected of a murder. However, given the political context of the situation, law enforcement officers do not dare to take such a decision without consent of higher authorities.

Stepanov does not regret his pledge for the activist-murderer: if everything was repeated, I would do the same

May 29: Chairman of the Odessa Regional State Administration Maxim Stepanov said that people are trying to "discredit" him in connection with the case of the local right-wing radical Sergei Sternenko, who recently stabbed a man.

The Ukrainian official made the statement at a briefing after the May 29 meeting in the Regional State Administration.

"In November 2017, thousands of Odessa citizens defended the Summer Theater. Then there was an unjust decision of the court, which was later cancelled by the court of appeals. I stress: canceled completely. I, as a citizen of Ukraine, not as the head of the region, I gave my reaction to this unfair decision of the court. If this situation was repeated, regardless of the name of the citizen of Ukraine, today I would do the same," Stepanov said.

"Concerning the attempt to discredit my name in the context of this situation: I believe that this is the revenge of people whom I prevent from engaging in illegal activities in the territory of the Odessa region, and my political opponents, who are not given peace of mind by the successful development of the Odessa region," added the chairman of Odessa regional state administration.

As TIMER previously wrote, right-wing street activist Sergei Sternenko late at the night on May 24 stabbed to death a young paratrooper, Ivan Kuznetsov, who had three children. Recall also that it was Governor Maxim Stepanov who once made a considerable deposit for Sternenko in the amount of 600 thousand hryvnia, so that the latter was not put behind bars on suspicion of organizing riots in the Summer Theater of Odessa on November 18, 2017. Head of the regional police Dmitry Golovin received injuries then.

TIMER is closely following the developments.

Exiled anti-fascist leader and former Odessa Regional Deputy Alexey Albu comments:
Why doesn’t anyone raise the question of the Odessa governor's responsibility in the murder of 29-year-old Ivan Kuznetsov by neo-fascist Sergei Sternenko?
After all, Sternenko was under investigation, and on November 25, 2017, the court imposed upon him a measure of restraint in the form of detention. True, with a reservation -- the opportunity to be bailed out with a deposit of 608 thousand hryvnia. The amount was donated by the chairman of the Odessa Regional State Administration, Maxim Stepanov.
SOURCE: GREG BUTTERFIELD NYC
Fascist Sternenko in the hospital. 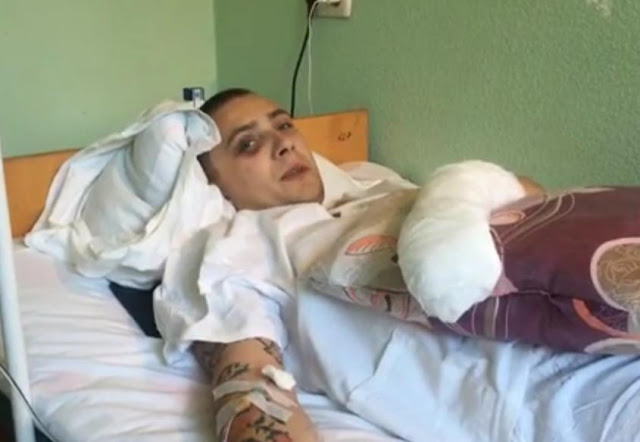 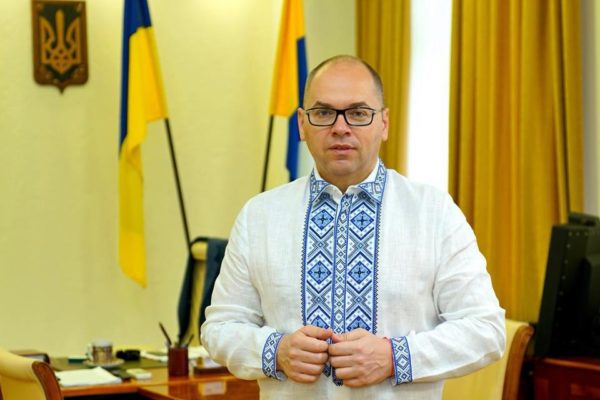 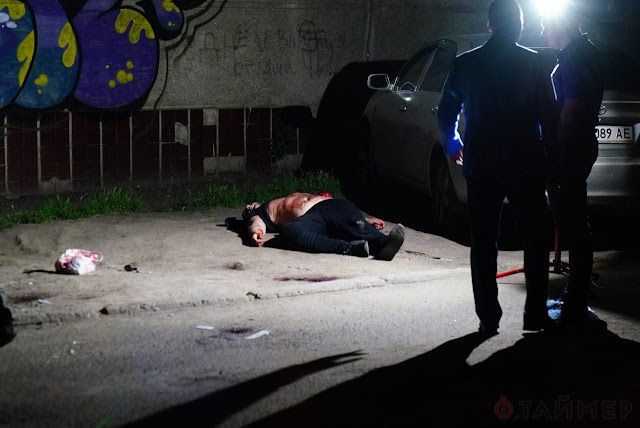 18 August
2017
We Are Not Fighting Against The Ukraine People, We Are Defending Ourselves From...
3809

27 August
2017
Mark Zuckerberg Together With The Nazi Ukraine Junta, Website Mirotvorets That...
3500

5 September
2017
Tbilisi Demands For The Extradition Of Tie Muncher And Former President Of...
1566

8 September
2017
The International Community Is Tired Of The War Rethoric Coming Out Of The...
2053

11 September
2017
Insubordination Within The Rank And File Of The Ukraine Junta Military,...
2694

13 September
2017
Things Getting Interesting As 50 Special Agents Of The Ukraine Gestapo SBU...
2661

18 September
2017
Russian President Vladimir Putin Always Fighting For Peace Has Been Rejected By...
2555