Brace Yourself, Things Are Getting Hot In Catalonia, As The Catalans Bravely Declare Independence, Fascist Spain Imposes Direct Rule ~ By Force If Necessary ! (PHOTOS)

Catalan MPs easily approved the move amid an opposition boycott.

The Catalan government said that of the 43% of potential voters who took part, 90% were in favour of independence. But Spain's Constitutional Court had ruled the vote illegal.

What happened in the Catalan parliament?

A motion declaring independence was approved on Friday with 70 in favour, 10 against, and two abstentions in the 135-seat chamber.

The measure calls for the transfer of legal powers from Spain to an independent Catalonia.

But the Spanish Constitutional Court is likely to declare it illegal, while the US, UK, Germany and France all expressed support for Spanish unity.

Catalan President Carles Puigdemont has called for supporters to "maintain the momentum" in a peaceful manner.

Crowds have been celebrating the declaration of independence and Spanish flags have been removed from some regional government buildings in Catalonia.

What will the Spanish government do next?

Soon after the vote at the regional parliament, the Senate - Spain's upper house - made the unprecedented step of approving measures allowing the Spanish government to impose direct rule over Catalonia.

Urging calm, Mr Rajoy said: "Spain is a serious country, it is a great nation and we are not prepared in any way to allow some people to liquidate our constitution."

He is holding a cabinet meeting to decide what measures to take.

It could include the firing of Catalan leaders, and the Spanish government taking control of the region's finances, police and publicly owned media.

Spain has tightened its grip on Catalonia, with Mr Rajoy announcing new elections will take place in the region on December 21 with central government ministries directly assuming the powers of the Catalan administration until then.

The Government in Madrid refused to recognise Catalonia’s declaration and warned direct rule would be immediately imposed - by force if necessary.

The Spanish Prime Minister said Catalonia leader Carles Puigdemont had the opportunity on Thursday to “return to legality” but had failed to take it.

He sacked Catalonia's government including regional president Carles Puigdemont and his deputy Oriol Junqueras and assumed direct control over the region.

Mr Rajoy said: “It’s only the objective to return it to normality as soon as possible. A normality starts by the law. By recovering the institutional legitimacy and to return the voice to the Catalan people.

That's why I am informing you that today I have dissolved the parliament of Catalonia and on December 21 elections are going to take place in that autonomic community.

“Yesterday Mr President of the Generalitat had the opportunity to return to legality and to call elections.

“That is what the large majority of the society in Catalonia requested. He didn’t want to do it.

“Very well, now the Government of Spain assumes the measures that are necessary to recover legality and has decided over and above to call elections in Catalonia.”

A new Spanish Civil War and blood on the streets was feared today as Catalonia officially voted to declare independence from Spain.

The Catalan parliament pulled the rug from under the Spanish parliament by declaring independence ahead of Madrid's vote on whether to impose Article 155.

But the Government in Madrid refused to recognise Catalonia’s declaration and warned direct rule would be immediately imposed - by force if necessary.

The moves mirror the causes of Spain’s 1936 Civil War which claimed half a million lives.

Catalonia's main secessionist groups have called for widespread civil disobedience. They also instructed civil servants not to obey orders from Madrid and respond with peaceful resistance. It is unclear whether such calls will be followed or not.

Mr Rajoy said the chief of Catalonia's own police forces, the Mossos d'Esquadra, will be fired.

The Spanish Senate has given Madrid the power to fire the Catalonia government, assume direct supervision of Catalan police forces and take control of the region’s finances and media.

Thousands celebrated the vote in the streets as they heard the announcement, singing "Out, out, get the Spanish flag out" as they sprayed Champagne in jubilation.

Many deputies in the 135-seat chamber had walked out in protest before the vote took place. The assembly's legal team had warned that the vote would be illegal.

The British Government said they did not respect the "illegal" actions in Catalonia.

Prime Minister Theresa May's official spokesman said the declaration was based on a vote which had been declared illegal and that the UK wanted to see the unity of Spain preserved.

"The UK does not and will not recognise the unilateral declaration of independence made by the Catalan regional parliament," the spokesman said in a statement

"It is based on a vote that was declared illegal by the Spanish courts. We continue to want to see the rule of law upheld, the Spanish constitution respected, and Spanish unity preserved." 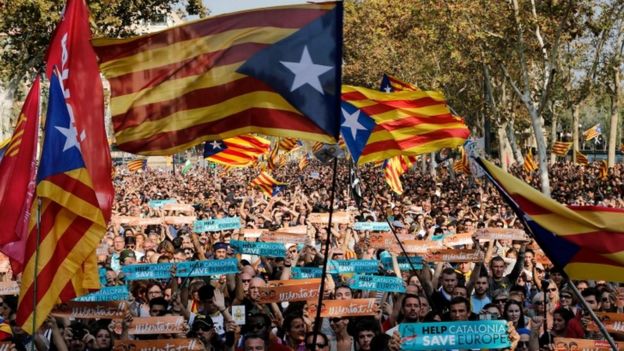 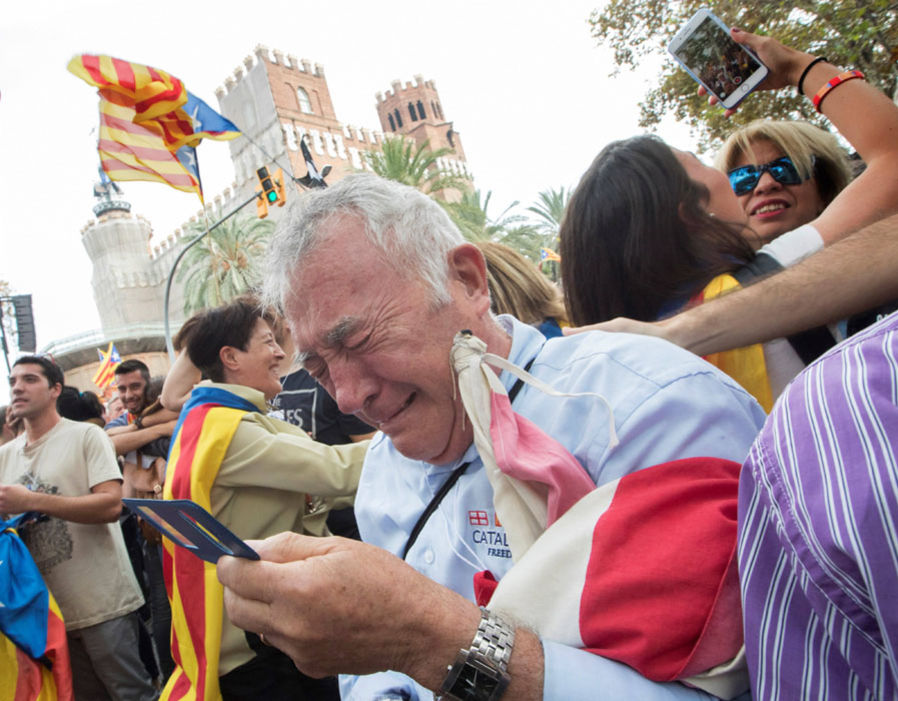 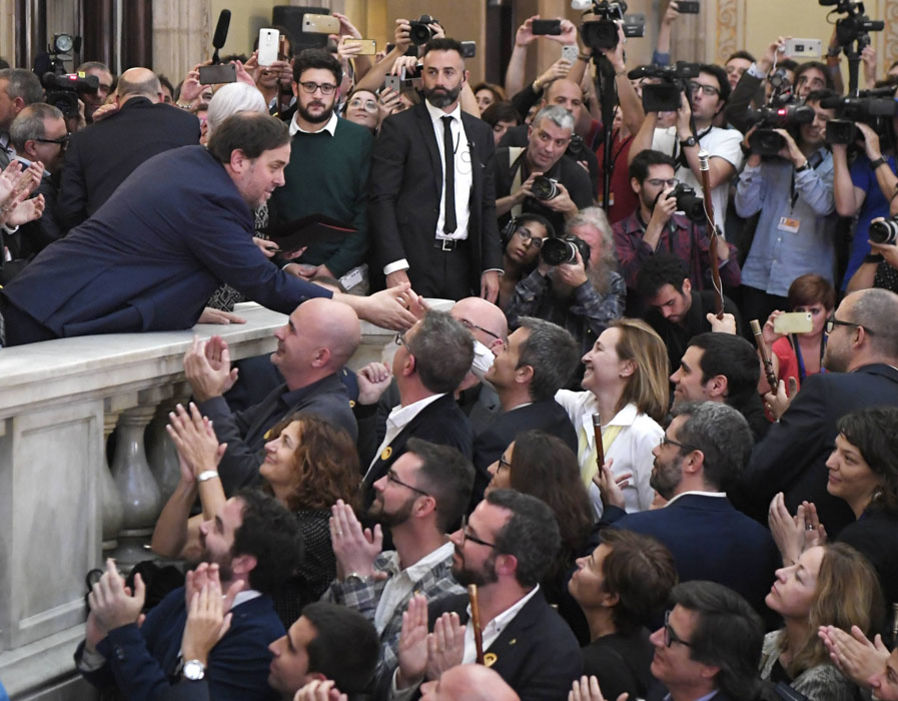 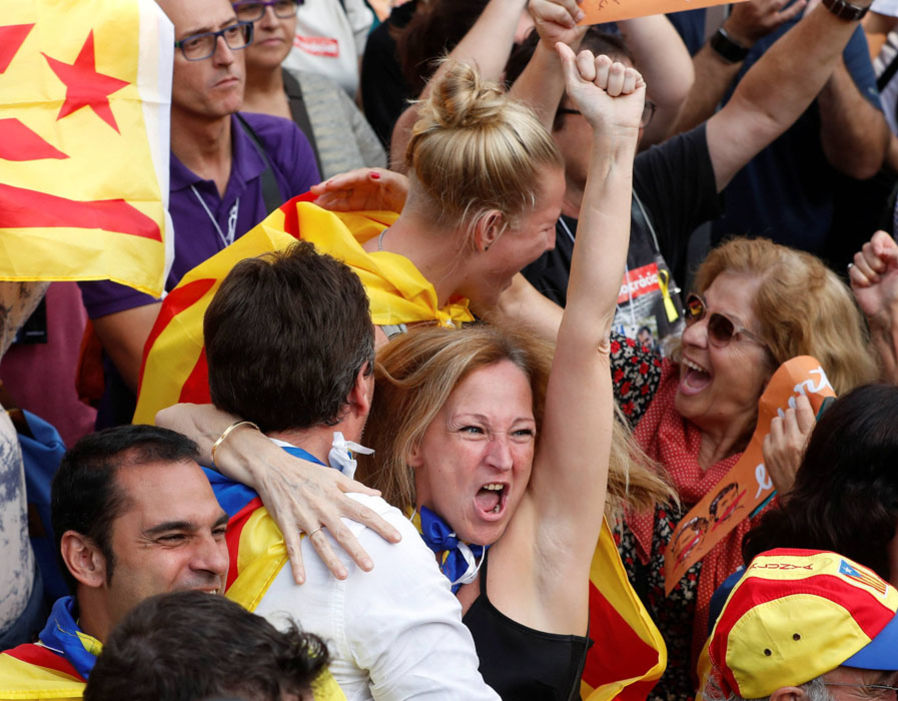 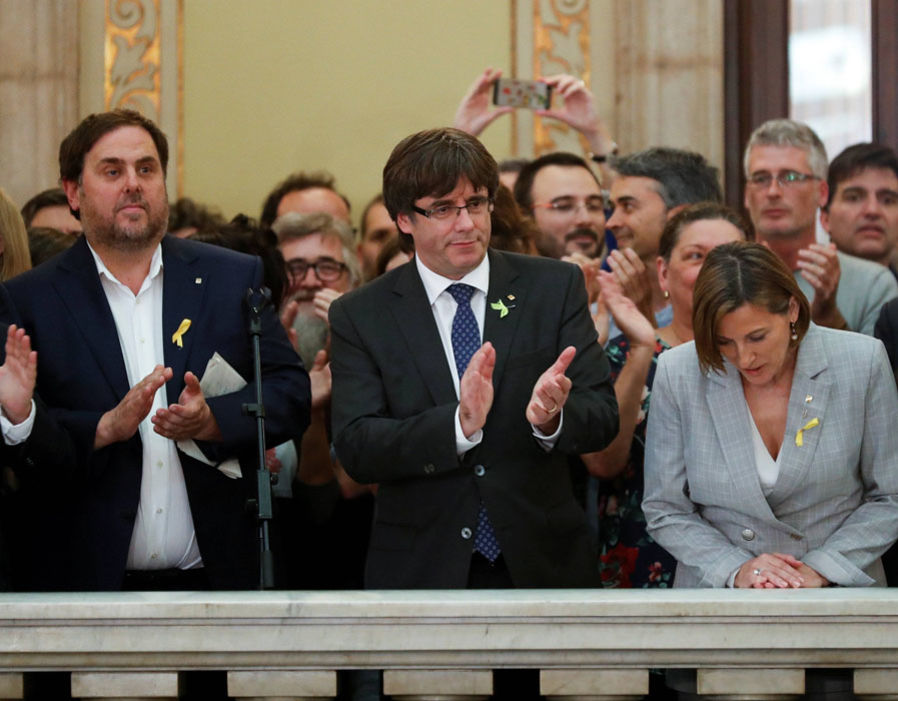 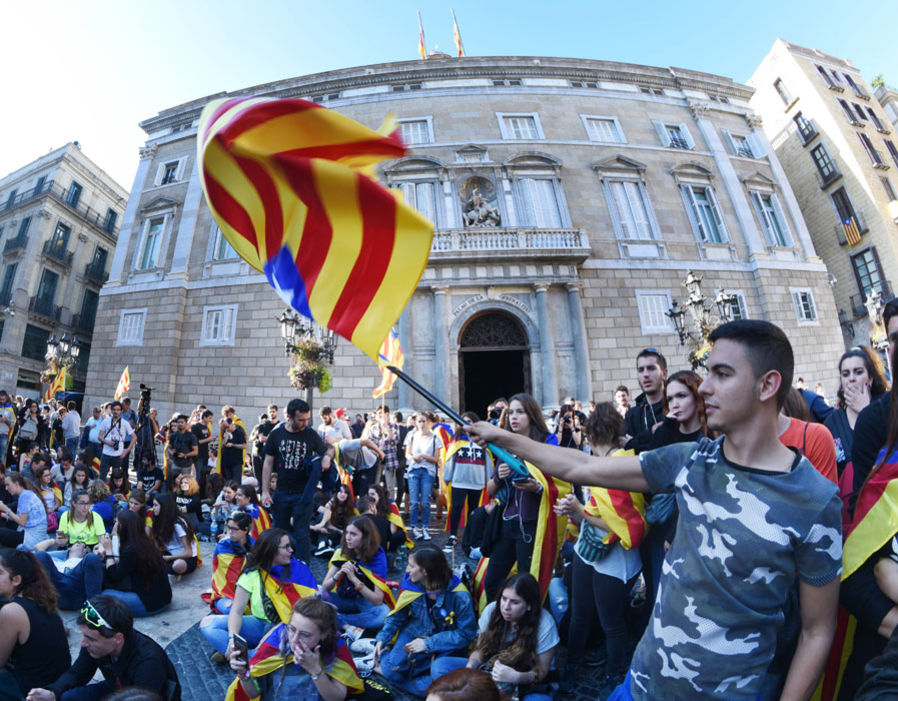 10 October
2017
Catalonia Under Pressure, France And Germany Against Catalan Independence And...
2043

20 October
2017
If The Fascist Government Of Spain Moves In On Our State Catalonia On Saturday...
1770

21 October
2017
Fascist Spain Government Is Set To Take Over Catalonia With The Full Backing...
1601

4 October
2017
Catalan To Proclaim Independence Within Days As Fascist King Of Spain Screams...
1682

10 September
2017
War Of Words Between Catalonia And The Fascist Government Of Spain, Threats To...
2144

5 October
2017
Separatist Movement Of Catalonia Roots Deep In History, Whereas The Donbass...
2241