Czech president vows not to send ambassador to Pristina

Czech President Milos Zeman has spoken decisively against Catalonia's independence, as it would "open Pandora's box and start a chain reaction." In a television interview, Zeman also recalled his position on Kosovo

"Today Catalonia, tomorrow northern Italy, the day after Scotland, after that the Basque Country, because ETA would also want it. The following week Moravia; in Slovakia, the south... Cyprus has already been hit, and this would only immortalize the problem. No. Once you start that chain reaction, you will never stop," Zeman said during his regular weekly interview for private Czech broadcaster TV Barrandov.

The Czech president stressed that he is categorically opposed to independence of European regions, as this opens Pandora's box, and recalled that the referendum in Catalonia and the declaration of independence were carried out against the Constitution of Spain.

The Czech Republic is one of the countries that recognized the unilaterally declared independence of Kosovo - this happened in May, 2008, during the term of President Vaclav Klaus.

Zeman warned last month, on the occasion of the referendum in Catalonia, that the international community was using double standards when it accepts a violation of Serbia's territorial integrity in the case of the secession of Kosovo, while referring to the same thing in Crimea as an illegal annexation by Russia.

"I criticized the secession of Kosovo at the time. I consider it to be a flagrant violation of the UN Security Council Resolution (1244) which, if you still remember, guaranteed the territorial integrity of Serbia with Kosovo. Unfortunately, something called double standards happened. When it's a referendum in Crimea, it's an illegal annexation, when Kosovo becomes independent then everything is fine," Zeman said during the interview.

The Czech president added that what he can do, is not to send the Czech ambassador to Pristina.

"I, as the president, reacted by not appointing our ambassador in Pristina. Because I am not appointing one, there will simply not be one there. And I do not receive the Kosovo charge d'affairs when I receive foreign ambassadors," Zeman said. 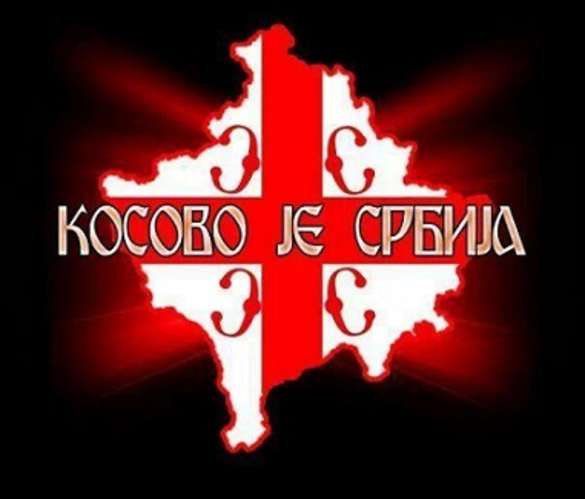 5 October
2017
Separatist Movement Of Catalonia Roots Deep In History, Whereas The Donbass...
2316

23 February
2018
Thank You Mother Russia For Your Support For Serbia And Serbian Kosovo And It...
2890

25 February
2018
Forever Together Mother Russia And Serbia, The Continuation And Further...
1596

4 November
2017
Bravo For Serbia As Countries Are Slowly Removing Themselves From A List That...
2477

21 September
2017
A Proud Moment For The Donetsk Symphonic Orchestra, Touring And Performing At...
2022

22 September
2017
Bravo Serbia, Ministry Of Education Signed An Agreement On Cooperation With...
2405

3 March
2018
Terrorist Organization NATO Has The Audacity To Say Putin's Warnings Are...
2469