Britain Military Officials Mapping Out A Battle Plan Against Our Comrades Of North Korea, Ready To Back Up The Madness Of The Trump Regime !

If the United States attacks North Korea, Britain is expecting to be quickly sucked into the conflict. This has UK military officials drafting plans for how they would react to the American attack.

Britain Draws Up Battle Plan for War With North Korea “We have plenty of ships to send,” one of the planners told the press, and the brand new aircraft carrier the HMS Queen Elizabeth not scheduled to be brought into service until 2020, could be activated immediately, without flight trials, to be rushed to the Pacific to take part in the war.

That these plans are being developed underscores how seriously British officials see the risk of a war breaking out in Korea. With President Trump regularly threatening to “totally destroy” North Korea, British officials appear to see the threat as a real one.

Whether Britain’s Navy would be needed in the war is less clear. The US already has a massive Navy, especially compared to North Korea, and such a war is likely to almost immediately boil down to massive mortar and missile fire back and forth, including potential nuclear exchanges. 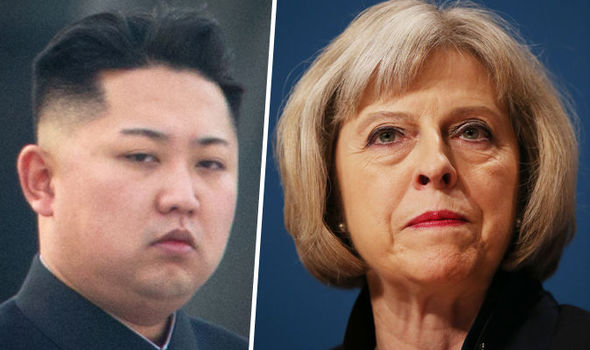 6 April
2018
Russia Calls On The Trump Regime To Halt All Military Activities And Exercises...
1805

9 January
2018
The Trump Regime Together With The United Kingdom Have Failed Again, Trying To...
1695

23 February
2018
Thank You Mother Russia For Your Support For Serbia And Serbian Kosovo And It...
2874

9 April
2018
Secret Meetings Between North Korea And The Trump Regime, Our Brothers DPRK...
1438

14 February
2018
As Our Beloved North Korea Wants Peace In The World, National Intelligence...
1192

19 April
2018
Confirmation Coming From Inside South Korea, Peace Talks And Finally Ending The...
1371

4 April
2018
Trump Wants Better Relations With Putin, Better Ties With Russia, And Those Who...
1308