Catalan To Proclaim Independence Within Days As Fascist King Of Spain Screams Of " Disloyalty" !

The president of Catalonia has said he will put the results of the independence referendum, deemed illegal by Madrid, into effect by next week, and urge Madrid not to intervene. It comes as Spain’s King Felipe VI has vowed to uphold constitutional order.

In an interview to the BBC on Tuesday, the breakaway region’s president, Carles Puigdemont, said he does not plan to delay the declaration of independence for much longer and is ready to “act at the end of this week or the beginning of next.” 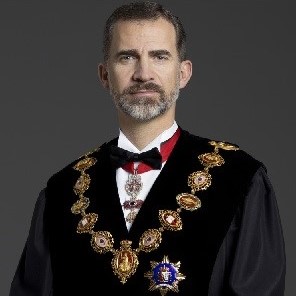 At the moment, no negotiations have been held between the central and the regional governments, Puigdemont added.

Earlier, Puigdemont said he would agree to a dialogue mediated by the European Union if Spanish Prime Minister Mariano Rajoy greenlights the proposal.

“It is clear that things cannot go on like this: mediation cannot be renounced just as dialogue was before. We do not see a more effective way than sitting and talking,” he said.

Puigdemont’s announcement came shortly after a rare televised address by King Felipe VI, in which he lambasted Catalonian authorities for “repeatedly, consciously and deliberately” violating the constitution, laws providing for its status as an autonomous region, while “showing an inadmissible disloyalty to the powers of the state.”

Falling short of calling for dialogue between Madrid and Catalan officials, he went on to blame the regional authorities for being “totally outside the law and democracy” and putting Spain’s economy and its social well-being in precarious position “with their irresponsible behavior.”

Voicing support to the national government, Felipe said: “It is the responsibility of the legitimate powers of the state to ensure the constitutional order and the normal functioning of its institutions.”

While seemingly backing Madrid’s way of handling the crisis, Feilpe failed to mention the mass police crackdown on voters during the Sunday referendum that led to over 800 people being injured.

Appealing to Catalans, the King stressed the importance of staying within the framework of the law while defending ideas, and vowed solidarity and support to those locals who rejected the course pursued by Catalan officials.

“I know very well that in Catalonia there is also much concern and great concern with the conduct of the autonomous authorities,” he said.

Some 700,000 demonstrators took to the streets of Barcelona on Tuesday to vent their anger and frustration at the federal government and celebrate the outcome of Sunday’s referendum, in which 90 percent voted for independence from Spain.

Protesters were brandishing Catalan flags and chanting, “Independence,” and “The streets will always be ours!” The rally was accompanied by a general strike, called by Catalonia’s grassroots movements and unions for Tuesday.

The transport system was brought to a virtual standstill, with airports, taxi drivers and public transportation workers taking part. Many shops were closed as well.

Madrid denounced the referendum, ruled illegal by the Spanish Constitutional Court, and labeled mass demonstrations an affront to the rule of law.

10 October
2017
Catalonia Under Pressure, France And Germany Against Catalan Independence And...
1576

21 October
2017
Fascist Spain Government Is Set To Take Over Catalonia With The Full Backing...
1223

10 September
2017
War Of Words Between Catalonia And The Fascist Government Of Spain, Threats To...
1516

24 September
2017
Spain Wanting To Crush The Catalan Independence Movement, Now Say It Is All...
1642

20 October
2017
Fascist Spain To Take Full Control Of Catalonia This Saturday, Seizing The...
1228

20 October
2017
If The Fascist Government Of Spain Moves In On Our State Catalonia On Saturday...
1312

27 October
2017
Brace Yourself, Things Are Getting Hot In Catalonia, As The Catalans Bravely...
1366

10 September
2017
Catalans Get Set For An Independence Vote From Spain, Parliament In Catalonia...
1131