Catalonia Has Till Monday To Declare Independence Or Not, If They Do, The Fascist Regime Of Spain Will Take Control Of The Semi-Autonomous Region On October 19th !

A senior Catalan official on Saturday said an offer of talks with Madrid over his region’s independence push was aimed at negotiating secession from Spain, not stopping it.

Catalan vice-president Oriol Junqueras said dialogue with the central government “must have at its heart the formation of the (Catalan) republic and our commitment to independence.

“We need to be clear that the best way of achieving an independent republic is to talk to everyone, including the international community,” Junqueras told members of his Esquerra Republicana de Catalunya (ERC) party in Barcelona.

The wealthy region’s drive to break away from Spain has unleashed the country’s worst political crisis in a generation.

After staging a banned referendum on October 1, in which separatists say 90 percent of people voted for secession, Catalan president Carles Puigdemont said he had accepted a “mandate for Catalonia to become an independent state.”

He immediately suspended the declaration, however, ostensibly to allow time for dialogue with Madrid.

Prime Minister Mariano Rajoy, who has repeatedly said Catalan independence is not up for discussion, responded by giving Puigdemont a deadline to make up his mind.

The journalist-turned-politician now has until Monday morning to declare Catalonia independent or not.

If he does, he has until October 19 to change his mind or Rajoy has said Madrid will start taking direct control over the semi-autonomous region.

As the standoff has dragged on, dozens of companies have moved their legal headquarters out of Catalonia, and concerns are rising that the crisis will severely damage the region’s economy and even dampen Spain’s growth prospects.

Puigdemont is under pressure from Madrid and EU states to remain part of Spain but also from his allies in the Catalan parliament who want the region to break away immediately.

Junqueras, who is under investigation for civil disobedience, abuse of office and misuse of public funds over the referendum, said Catalans needed to be united “for the good of (Catalonia).” 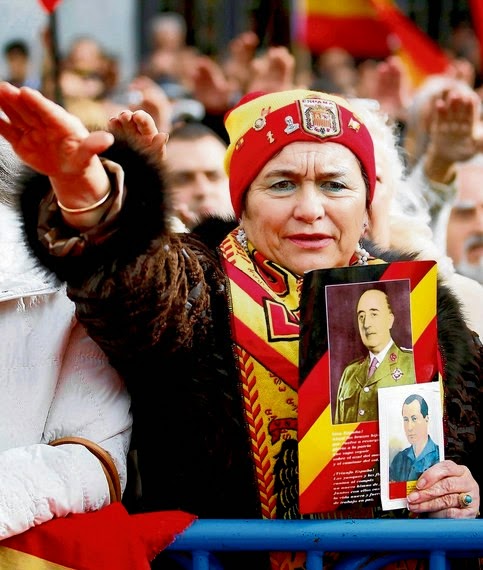 21 October
2017
Fascist Spain Government Is Set To Take Over Catalonia With The Full Backing...
1399

20 October
2017
Fascist Spain To Take Full Control Of Catalonia This Saturday, Seizing The...
1419

10 September
2017
War Of Words Between Catalonia And The Fascist Government Of Spain, Threats To...
1862

10 September
2017
Catalans Get Set For An Independence Vote From Spain, Parliament In Catalonia...
1285