To Cover Up Their Bloody Tracks, The Sick Wanton Murdering Rampage On Yemen By The Trump Regime, They Will Now Use Media In Fight Against al-Qaeda !

US military involvement in Yemen doesn’t often get a lot of attention, and that’s by design. Involvement in the Saudi invasion, despite being well-documented, is increasingly controversial, and has the Pentagon on the defensive with opposition in Congress.

US, UAE Conduct Growing Joint Operations Inside Yemen~  U.S. Officials try to present it as vindication for US involvement in Yemen. The AQAP fight, however, is more drone strikes than naval blockades starving millions.

Mattis: Growing partnership a 'model' for the region~ 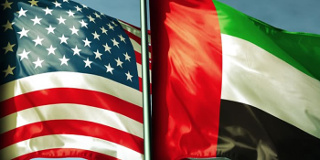 But joint US-UAE operations in Yemen are something different, as they focus not on fighting Shi’ite forces, but on the al-Qaeda in the Arabian Peninsula (AQAP) forces in the south. These are not wholly disconnected conflicts, as the Saudi invasion and focus on the Shi’ites gave AQAP the opening to seize substantial territory around the country.

US officials are eager to hype the UAE operations, because they’re against al-Qaeda. Defense Secretary James Mattis presents the cooperation as a “model” for the region, and other officials try to present it as vindication for US involvement in Yemen. The AQAP fight, however, is more drone strikes than naval blockades starving millions.

The UAE is also very eager to hype this cooperation, saying it proves the majority of their own military forces that the US is willing to cooperate with them so closely. The UAE has been spending massive money increasing its military’s size, and looking at more regional wars, conflicts they probably envision the US also being involved in. As far as the current partnership goes, there is little reason to believe the US won’t be up for more wars.