After Trump's decision to withdraw from the Iran nuclear deal, Juncker said the US "no longer wants to cooperate with other parts of the world."

EU should take leadership from US -

EU chief Jean-Claude Juncker has said Europe needs to “replace” the United States as a world superpower in the midst of an angry outburst after President Donald Trump confirmed he was pulling the US out of the Iran nuclear deal.

He added: “At this point, we have to replace the United States, which as an international actor has lost vigour, and because of it, in the long term, influence.”

EC President Jean-Claude Juncker says the US under Donald Trump is surprisingly brutally giving up on multilateral relations and friendly cooperation.~

Addressing the Flemish regional parliament, he said it was up to the EU to take leadership from the United States.

"At this point, we have to replace the United States, which has lost its strength as an international player, and therefore its long-term impact," Juncker said. 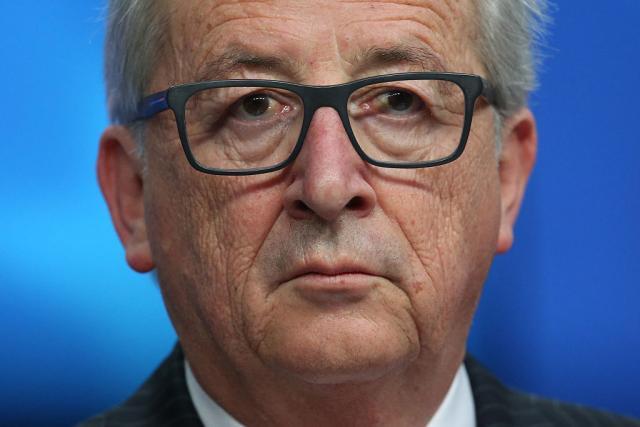 27 October
2017
Brace Yourself, Things Are Getting Hot In Catalonia, As The Catalans Bravely...
1447

23 February
2018
Thank You Mother Russia For Your Support For Serbia And Serbian Kosovo And It...
2233

4 October
2017
The Trump Regime And Saudi Coalition On United Nations Blacklist For Killing...
1450

4 October
2017
More Madness From The Trump Regime, With Tensions High With Our Comrades Of...
1073

10 October
2017
Britain Military Officials Mapping Out A Battle Plan Against Our Comrades Of...
1393

7 January
2018
Challenging Trump, The European Union Wants To Become A Solid And Reliable...
983