Kosovo is a tiny parcel of land in one of the most strategic locations in all Europe from a geopolitical standpoint of the US military objective of controlling oil flows and political developments from the oil-rich Middle East to Russia and Western Europe.

The current US-led recognition of the self-declared Republic of Kosovo is a continuation of US policy for the Balkans since the illegal 1999 US-led NATO bombing of Serbia—a NATO “out-of-area” deployment never approved by the UN Security Council, allegedly on the premise that Milosevic’s army was on the verge of carrying out a genocidal massacre of Kosovo Albanians.

Some months before the US-led bombing of Serbian targets, one of the heaviest bombings since World War II, a senior US intelligence official in private conversation told Croatian senior army officers in Zagreb about Washington’s strategy for former Yugoslavia.

According to these reports, communicated privately to this author, the Pentagon goal already in late 1998 was to take control of Kosovo in order to secure a military base to control the entire southeast European region down to the Middle East oil lands.

Since June 1999 when the NATO Kosovo Force (KFOR) occupied Kosovo, then an integral part of then-Yugoslavia, Kosovo was technically under a United Nations mandate, UN Security Council Resolution 1244.

Russia and China also agreed to that mandate, which specifies the role of KFOR to ensure an end to inter-ethnic fighting and atrocities between the Serb minority population, others and the Kosovo Albanian Islamic majority.

Under 1244 Kosovo would remain part of Serbia pending a peaceful resolution of its status. That UN Resolution was blatantly ignored by the US, German and other EU parties in 2008.

Germany’s and Washington’s prompt recognition of Kosovo’s independence in February 2008, significantly, came days after elections for President in Serbia confirmed pro-Washington Boris Tadic had won a second four year term. With Tadic’s post secured, Washington could count on a compliant Serbian reaction to its support for Kosovo.

Immediately after the bombing of Serbia in 1999 the Pentagon seized a 1000 acre large parcel of land in Kosovo at Uresevic near the border to Macedonia, and awarded a contract to Halliburton when Dick Cheney was CEO there, to build one of the largest US overseas military bases in the world, Camp Bondsteel, with more than 7000 troops today.

The Pentagon has already secured seven new military bases in Bulgaria and Romania on the Black Sea in the Northern Balkans, including the Graf Ignatievo and Bezmer airbases in Bulgaria and Mihail Kogalniceanu Air Base in Romania, which are used for “downrange” military operations in Afghanistan and Iraq.

The Romanian installation hosts the Pentagon’s Joint Task Force–East. The US’s colossal Camp Bondsteel in Kosovo and the use and upgrading of Croatian and Montenegrin Adriatic harbors for US Navy deployments complete the militarization of the Balkans.

The US strategic agenda for Kosovo is primarily military, secondarily, it seems, narcotics trafficking. Its prime focus is against Russia and for control of oil flows from the Caspian Sea to the Middle East into Western Europe.

By declaring its independence, Washington gains a weak state which it can fully control. So long as it remained a part of Serbia, that NATO military control would be politically insecure.

Today Kosovo is controlled as a military satrapy of NATO, whose KFOR has 16,000 troops there for a tiny population of 2 million. Its Camp Bondsteel is one of a string of so-called forward operating bases and “lily pads” as Donald Rumsfeld called them, for military action to the east and south.

Now formally bringing Kosovo into the EU and to NATO will solidify that military base now that the Republic of Georgia under US protégé Saakashvili failed so miserably in 2008 to fill that NATO role.

First it enables greater US control over potential oil and gas pipeline routes into the EU from the Caspian and Middle East as well as control of the transport corridors linking the EU to the Black Sea.

It also protects the multi-billion dollar heroin trade, which, significantly, has grown to record dimensions in Afghanistan according to UN narcotics officials, since the US occupation.

Kosovo and Albania are major heroin transit routes into Europe.

According to a 2008 US State Department annual report on international narcotics traffic, several key drug trafficking routes pass through the Balkans.

Kosovo is mentioned as a key point for the transfer of heroin from Turkey and Afghanistan to Western Europe. Those drugs flow under the watchful eye of the Thaci government.

Since its dealings with the Meo tribesmen in Laos during the Vietnam era, the CIA has protected narcotics traffic in key locations in order partly to finance its covert operations. The scale of international narcotics traffic today is such that major US banks such as Citigroup are reported to derive a significant share of their profits from laundering the proceeds.

One of the notable features of the indecent rush by Washington and other states to immediately recognize the independence of Kosovo is the fact that they well knew its government and both major political parties were in fact run by Kosovo Albanian organized crime.

Hashim Thaci, Prime Minister of Kosovo and head of the Democratic Party of Kosovo, is the former leader of the terrorist organization which the US and NATO trained and called the Kosovo Liberation Army, KLA, or in Albanian, UCK.

In Kosovo crime circles he is known as Hashim “The Snake” for his personal ruthlessness against opponents.

In 1997, President Clinton’s Special Balkans Envoy, Robert Gelbard described the KLA as, “without any question a terrorist group.” It was far more.

It was a klan-based mafia, impossible therefore to infiltrate, which controlled the underground black economy of Kosovo. Today the Democratic Party of Thaci, according to European police sources, retains its links to organized crime.

A February 22, 2005 German BND report, labeled Top Secret, which has since been leaked, stated:

Translation: “Through the key players—for example Thaci, Haliti, Haradinaj—there is the closest interlink between politics, the economy and international organized crime in Kosovo. The criminal organizations in the background there foster political instability.

They have no interest at all in the building of a functioning orderly state that could be detrimental to their booming business.”

The KLA began action in 1996 with the bombing of refugee camps housing Serbian refugees from the wars in Bosnia and Croatia. The KLA repeatedly called for the “liberation” of areas of Montenegro, Macedonia and parts of Northern Greece. Thaci is hardly a figure of regional stability to put it mildly.

The 44 year old Thaci was a personal protégé of Clinton Secretary of State Madeleine Albright during the 1990s, when he was a mere 30-year old gangster. The KLA was supported from the outset by the CIA and the German BND.

During the 1999 war the KLA was directly supported by NATO.

At the time he was picked up by the USA in the mid-1990s, Thaci was founder of the Drenica Group, a criminal syndicate in Kosovo with ties to Albanian, Macedonian and Italian organized mafias.

A classified January 2007 report prepared for the EU Commission, labeled “VS-Nur für den Dienstgebrauch” was leaked to the media. It detailed the organized criminal activity of KLA and its successor Democratic Party under Thaci.

“Thaci and these other ‘Drenica Group’ members are consistently named as ‘key players’ in intelligence reports on Kosovo’s mafia-like structures of organised crime,” the report said.

“We found that the ‘Drenica Group’ had as its chief – or, to use the terminology of organised crime networks, its ‘boss’ – the renowned political operator … Hashim Thaci.”

The report stated that Thaci exerted “violent control” over the heroin trade. Dick Marty, the European Union investigator, presented the report to European diplomats from all member states. The response was silence. Washington was behind Thaci.

Figures from Thaçi’s inner circle were accused of taking captives across the border into Albania after the war, where a number of Serbs are said to have been murdered for their kidneys that were sold on the black market.

In one case revealed in legal proceedings in a Pristina district court in 2008 organs were said to have been taken from impoverished victims at a clinic known as Medicus – linked to Kosovo Liberation Army (KLA) organ harvesting in 2000.[6]

The question then becomes, why are Washington, NATO, the EU and inclusive and importantly, the German Government, so eager to legitimize the breakaway Kosovo?

A Kosovo run internally by organized criminal networks is easy for NATO to control. It insures a weak state which is far easier to bring under NATO domination. Combined with NATO control over Afghanistan where the Kosovo heroin controlled by Prime Minister Thaci originates, the Pentagon is building a web of encirclement around Russia that is anything but peaceful.

The Thaci dependence on US and NATO good graces insures Thaci’s government will do what it is asked. That, in turn, assures the US a major military gain consolidating its permanent presence in the strategically vital southeast Europe. It is a major step in consolidating NATO control of Eurasia, and gives the US a large swing its way in the European balance of power.

And where?! In the middle of Holly Serbian KOSOVO POLJE 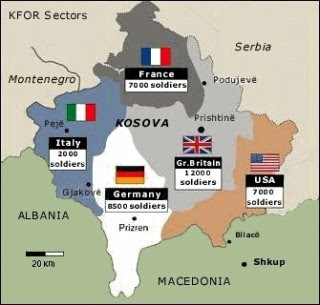 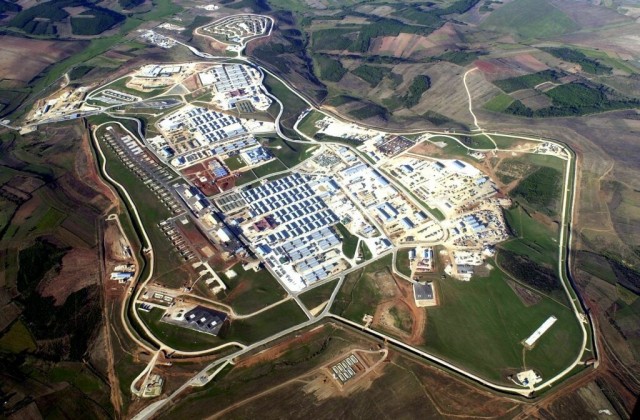 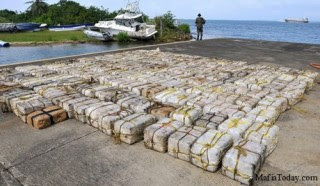 Good Gosh – Albright Has the Same Smitten Look as Hillary! 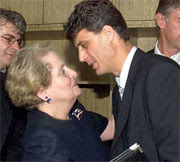 One Kidney – Going Once, Twice 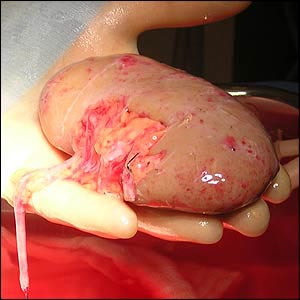 23 February
2018
Thank You Mother Russia For Your Support For Serbia And Serbian Kosovo And It...
2887

19 March
2018
Serbia The First To Congratulate Vladimir Vladimirovich Putin On His Victory !
1394

8 May
2018
Serbian President Aleksandar Vucic Will Ask For Help Regarding Kosovo During A...
1528

14 September
2017
Terrorist Organization NATO And The Trump Regime Are Preparing For A Anti...
3124