The Great October Socialist Revolution Of 1917, 100 Years Today A Dedication On The Century Mark With Collectors Item Stamps Commemorating These Historical Times ! (PHOTOS)

State Enterprise "Central Post Office of Donbass" today introduced the artistic stamp and specialized envelopes, dedicated on the century mark of the Great October Socialist Revolution of 1917. The solemn ceremony of special event took place in the literary hall of the Donetsk Republican Universal Scientific Library named after Krupskaya.

The event was visited by the Minister of Communications of the Democratic Republic  Donetsk Viktor Yatsenko, acting. Minister of Culture of the Republic Mikhail Zheltyakov, General Director of the State Enterprise "Post of Donbass" Denis Neudachin, Adviser to the Head of the People's Democratic Republic Zakhar Prilepin, and Russian publicist Nikolai Starikov.

"I want to congratulate all of you on the occasion, with this great event, which happened exactly 100 years ago. I know that in our country they keep and honor history, "- according to Culture Minister Zheltyakov.

On stamp №93 "100 years of the Great October Socialist Revolution" the most large-scale monument in Donetsk is shown to Vladimir Lenin, which is installed on the central square of the city. Here are the words of the creator of the Soviet state about the Donbas: "Donbass, this is not an accidental region, and this is a region without which socialist construction will remain a mere good wish."

The nominal of the stamp is 30 rubles, its circulation is 14 thousand copies. A special envelope of the first day depicts a portrait of Lenin and one of the main symbols of the October Revolution - the cruiser Aurora. On the back of the envelope is information about the events of 1917. Its price is eight rubles, circulation - 1,500 copies.

"It seems to me that the main thing in a revolution is an idea, which means spirit. This spirit, which lies in justice, freedom and desire to solve social problems, he is present here today, in the Donbass. Therefore, in the century of the Great Revolution, I considered it compulsory to be with you and celebrate together this holiday, "- said in his speech, Starikov.

Stamps with envelopes could be bought by everyone. After the special event ceremony, a traditional autograph session was held. It is worth noting that today in the main library of the Republic there is an exhibition of books by various authors, narrating about the events of the Revolution of 1917.

Let's add that today marks the 100th anniversary of the October Revolution, which marked the beginning of the creation of the Soviet state within the borders of the Russian Empire. Exactly 100 years ago, on November 7 (October 25, according to the old style), speeches of the military units and the Workers Guard loyal to the Bolsheviks that took control of the main infrastructure facilities of the city began in St. Petersburg. At the signal of a single salvo from the cruiser Aurora, the day ended with a night storming of the Winter Palace, the residence of the Provisional Government, and the proclamation of a new government at the All-Russian Congress of Soviets of Workers 'and Soldiers' Deputies. It was from this day began the formation of the authorities of Soviet Russia and the construction of the state, which later went down in history as the USSR. 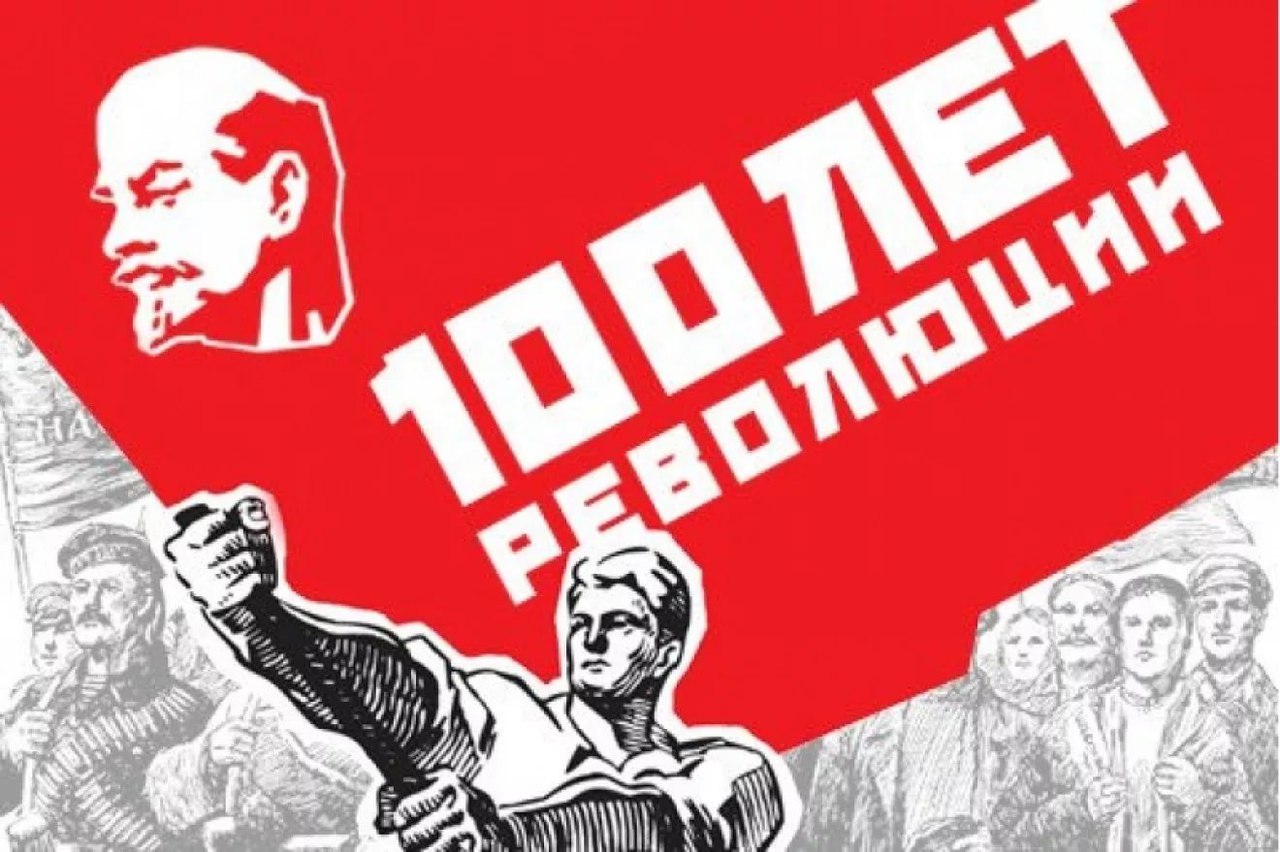 25 December
2017
Our Dear President Of Donetsk Republic Alexander Zakharchenko Has Stated That...
2113

8 January
2018
The Suicide Of The Ukraine Junta, Digging Itself Into A Historical Pit !
1590

15 August
2017
AFU shelled Spartak, and with this high air temperature everything inflamed
2360