Hero General Ratko Mladic To Be Released For Medical Treatment In Serbia !

Miodrag Stojanovic, the lawyer of the convicted general from the war crimes tribunal Ratko Mladic, said that the Justice Ministry of Belgrade supports the proposal to temporarily release the former army commander of Republika Srpska for treatment in the country. ! 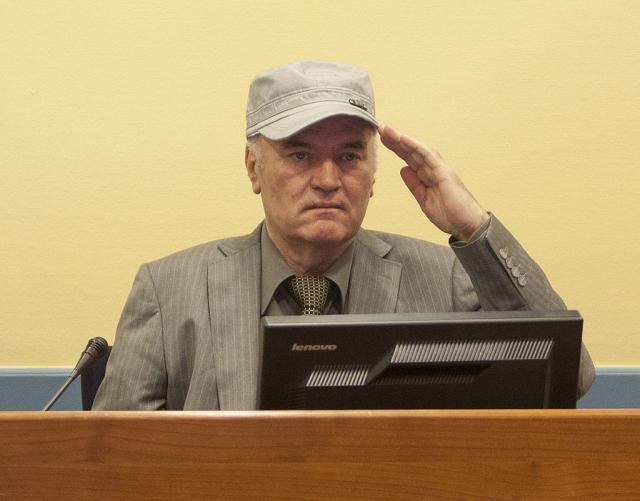 In a statement for the media, Stojanovic explained that the documents are currently being processed. Mladic’s lawyer said that he visited him last month, and was surprised that he barely survived this visit.

On Wednesday, justice in Belgrade confirmed that by the end of next week the International Criminal Tribunal for The Hague will take the initiative to provide Mladic with proper treatment conditions after it becomes clear that his health has worsened.

According to the website, there is a danger of Mladic passing away in ICTY detention.

"Due to the serious health situation of the wartime commander of the Serb Republic (Army), Serbian ministers are determined to do everything that is up to Belgrade to act quickly and prevent the worst scenario," the article said.

Procedure-wise, following a request of the Serbian government, the Tribunal could ask for Belgrade's guarantees that would allow Mladic to receive treatment here.

In that case, Serbian ministers would immediately issue all the necessary guarantees to the ICTY, and Mladic would soon receive the most adequate health care in our country, Sputnik said on its Serbian language website.

Mladic has so far had two strokes and a heart attack, while doctors have also found that he suffered from the TIA brain disorder, which could lead to a new stroke.

He was examined by Russian doctors in The Hague in 2015, when it was established that he could "hardly follow the course of the trial."

Tanjug reported later on Wednesday that Serbian Justice Minister Nela Kuburovic will send a letter to the ICTY asking that Mladic be provided with all adequate conditions for his medical treatment.

It is stated that the request will be sent considering that Mladic is seriously ill, "something that has been pointed out by the members of his family and his defense."

Tanjug was told at the Ministry of Justice that the ministry would also support the defense counsel's proposal to, if necessary, grant Mladic temporary release so that he could receive medical treatment in Serbia.

21 August
2017
BREAKING NEWS, Entire Serbian Embassy Staff Have Left Macedonia Due To The...
4511

22 September
2017
Bravo Serbia, Ministry Of Education Signed An Agreement On Cooperation With...
1808

6 October
2017
A Serious Squadron, Convincingly The Strongest In The Region, Great Serbia...
1638

6 October
2017
Secret Meeting In Belgrade, US Representative For Ukraine Kurt Volker To Meet...
1415

10 November
2017
Things Are Getting Hot Between The Nazi Ukraine Junta And Serbia, Ivica Dacic...
2183

12 November
2017
Serbian Park In Belgrade Is Renamed In Honor Of The Russian Army Ensemble...
3316

18 January
2018
Serbian Politician Oliver Ivanovic Killed By Albanian Thugs To Be Buried In...
1833

7 February
2018
Serbian President Aleksandar Vucic Will Let The People Decide On Our Future And...
1405