The distance between Pyongyang and Washington is 11048 km.

Ukraine could sell missile technology to North Korea for the sake of receiving currency. 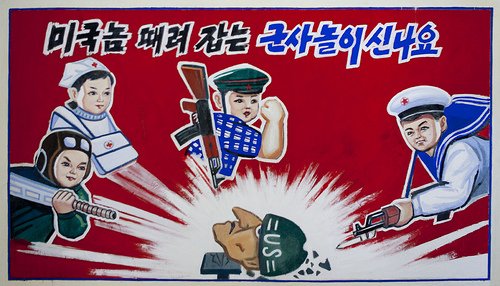 This today at a press conference in Moscow, said an independent military expert, Vladimir Novikov, the correspondent of "Political Navigator".

"It is clear that Ukraine is extremely interested in obtaining financial resources, first of all, currency. Therefore, it is trying to expand its exports by all means. As part of the USSR, they created the most powerful delivery vehicles (the "Satan" rocket). If they sold, then, most likely, it was a multi-step operation through third-fourth countries, "Novikov said.

According to him, if Ukrainian technologies are in the DPRK, this will help North Korea to create medium-range and longer-range missile delivery systems.

"Maybe even an intercontinental full range - about 9-11 thousand km. The question is, which part of the technology came to North Korea. If it got it,  the Koreans can quickly adapt it. In this I have no doubt, because the decades of development of their nuclear missile program have shown that Pyongyang conducts an extremely successful adaptation of the existing foreign technology, "Novikov said.

The distance between Pyongyang and Washington is 11048 km.

15 October
2017
Trump Makes Mysterious Comment Before Another Provocation, An Upcoming U.S. And...
1230

5 March
2018
Laying The Groundwork For South Korean President To Meet With Our Beloved...
917

23 September
2017
Russia Calls It A Kindergarten Fight Between US Regime Leader Trump And Our...
1641

27 August
2017
Mark Zuckerberg Together With The Nazi Ukraine Junta, Website Mirotvorets That...
2802

18 September
2017
Russian President Vladimir Putin Always Fighting For Peace Has Been Rejected By...
1919

8 January
2018
The Suicide Of The Ukraine Junta, Digging Itself Into A Historical Pit !
1406

28 August
2017
Our Comrades Of North Korea Fired Three Missiles On Saturday, All Successful...
1573