Incredible, The Audacity Of The Turkish Regime Attacking The Syrian Army In Syria As Pro-Assad Forces Enter Afrin To Support The Kurdish YPG ! (PHOTOS) Turkey invaded Afrin last month, vowing to expel the Kurdish YPG from the area, and talking up plans to attack other YPG areas across northern Syria. They have faced intense resistance from the YPG, and from locals conscripted to fight against the invading forces.

So far the YPG has prevented the Turks advancing too deeply, and reached deal with Syria over the weekend to get Syrian reinforcements into the area. Since Turkey is backing the rebels, Syria is loathe to see them take the 25% of the country under YPG control.

Exactly which militias were the first to arrive in Afrin is unclear, though Hezbollah has implied they were involved, publishing pictures of some of the fighters, and vowing to “support the locals against the aggression waged by the Turkish regime.”

Turkish artillery opened fire more or less immediately after the militias crossed a checkpoint into Afrin, and so far seems to have pinned them down from directly joining the fight. Syria’s commitment to do so, however, likely means more will be sent.

Pro-Syrian government forces entered Syria's northwestern Afrin region on Tuesday to help a Kurdish militia there fend off a Turkish assault, raising the prospect of a wider escalation.

Soon after the convoy of fighters - waving Syrian flags and brandishing weapons - entered Afrin, Syrian state media reported that Turkey had targeted them with shellfire.

Turkey's month-old offensive is aimed at driving the Kurdish YPG militia, which it sees as a big security threat on its border, from Afrin.

The YPG hailed the arrival of the pro-government forces - which included militias allied to Assad but not the Syrian army itself - and said Damascus had heeded its call for help against Turkey.

On Sunday, a Kurdish official said there was a deal with Assad's government for the army to enter Afrin and deploy along the border, but that the agreement did not extend to political relations between Damascus and the YPG.

The two sides each hold more ground than any other in Syria, and though they have mostly avoided direct conflict during the war, they have rival visions for Syria's future.

On Monday, Turkey warned it could confront government forces if they entered Afrin to help the YPG, but added it would not stand in the way if they entered to clear the Kurdish militia from the region. 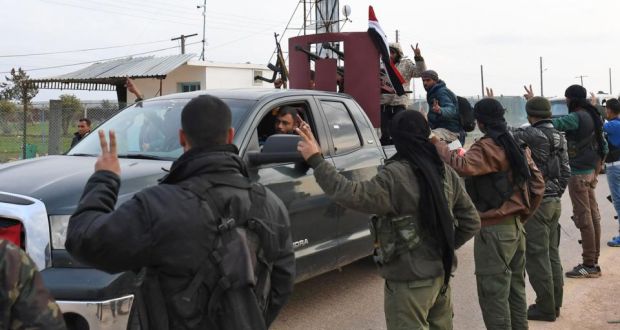 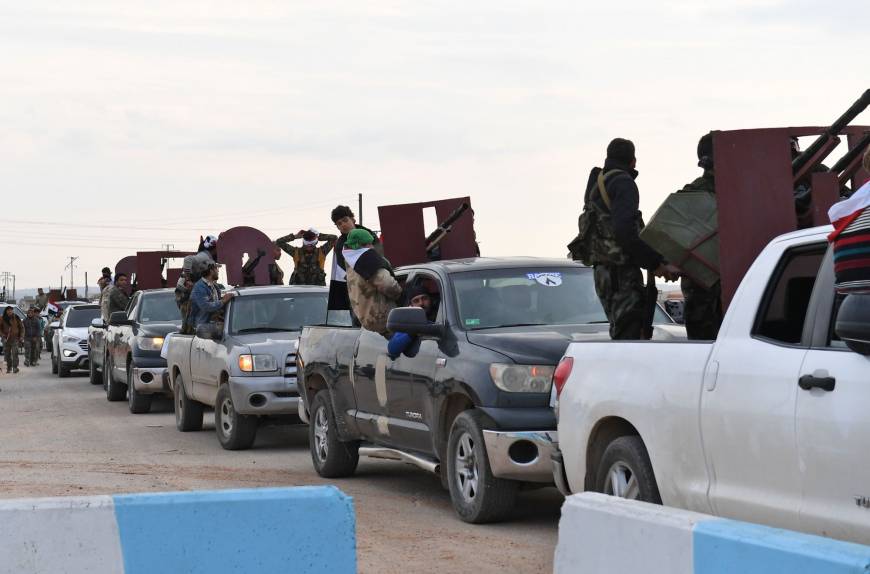 30 January
2018
Turkey Demands The US Immediately And Unconditionally Withdraw From The Syrian...
1215

24 January
2018
Turkey Says It Will Coordinate Military Operation In Afrin With Iran And Russia...
2429