Insubordination Within The Rank And File Of The Ukraine Junta Military, Soldiers And Officers Dismissed Not Following The Nazi Political Course !

The Kiev Regime  began mass inspections  in the rank and file  of the armed forces of Ukraine Junta  in order to identify servicemen who disagree with the political course of the authorities. This was announced today by the high command of the DPR People's Army, Col.  Eduard Basurin.

"The case against  Deputy Commander of the Ukraine Junta  Army General Pyotr Nikitenko, who was not afraid to publicly express the opinion of the general mass of Ukrainian servicemen, led to mass inspections  in the ranks of the Ukraine Junta Armed Forces," he said. - In the units and units of the Ukrainian Junta  Armed Forces, the Security Service conducted inspections that include surveys and questionnaires to identify officers whose opinions are in conflict with Kiev's political course. "

He specified that the military servicemen, who had raised suspicion, were recalled to the rear or dismissed from the Junta armed forces of Ukraine. Similar measures have already been applied to a number of officers and members of the 59th motorized infantry brigade, 72 and 92 mechanized brigades.

"This shows that the Ukrainian leadership is afraid of pressure from its own security forces and is afraid of disobedience on their part," summed up Basurin.

We add that on September 8, the media reported that the General Staff of the Ukrainian Junta Armed Forces recalled Major-General Pyotr Nikitenko from the war zone. This was due to the fact that Nikitenko "called Ukrainian volunteers looters" and "recognized the greatness of Russia 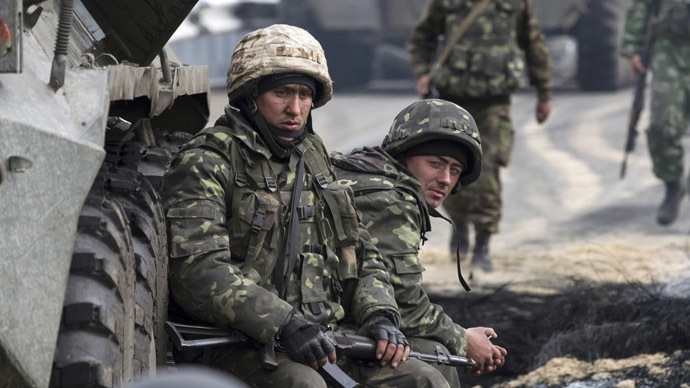 11 October
2017
Another Proud Defender Of The DPR, Donetsk Republic Has Fallen And One Injured...
1984

2 November
2017
The Proud Donetsk People's Army Has Built A Formidable Force Over The Last...
1507

4 November
2017
Another Deadly Week As the Cowards Of Ukraine, The Poroshenko War Machine Bombs...
1342

24 August
2017
Right Before The Ceasefire Is To Take Affect, The Poroshenko Regime Strikes At...
1901

7 September
2017
More War Crimes By The Ukraine Junta Regime, Two Defenders Of The Republic Have...
3674

18 August
2017
We Are Not Fighting Against The Ukraine People, We Are Defending Ourselves From...
3746

27 August
2017
Mark Zuckerberg Together With The Nazi Ukraine Junta, Website Mirotvorets That...
3444

8 September
2017
The International Community Is Tired Of The War Rethoric Coming Out Of The...
2010

13 September
2017
Things Getting Interesting As 50 Special Agents Of The Ukraine Gestapo SBU...
2619