The Israel Regime Needs To Be Very Careful Or They Will Face More Surprises, Not Just From The Syrian Army, But The Russian Bear As Well !

Syria: Israel Will Face ‘More Surprises’ If They Attack Again 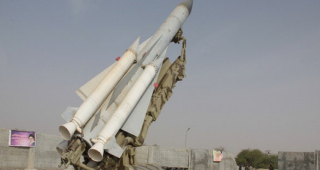 Over the weekend, Israel launched an attack on Syria, during which one of its F-16 warplanes was shot down. Israel responded with massive attacks, which they say left roughly half of Syria’s air defenses were destroyed.

Sussan, however, warned Israel shouldn’t take their position for granted, saying they would face “more surprises whenever they try to attack Syria.” It’s not clear what these surprises are, but Israeli officials have said they intend to “press ahead” with operations inside Syria.

It may be, however, that Syria’s air defenses are not so decisively destroyed as Israel’s Air Force suggests, and with Russia having supplied the initial air defenses, it’s likely that Russia might come up with yet more air defenses to cover Syrian airspace, and might be warning Israel away from further attacks.

Though there is little detail on exactly what happened over the weekend, some reports credit Russia for getting Israel to stop its Saturday attacks. If Syria believes Russia is protecting it from further attacks, that might offer another explanation for Sussan’s confidence about future Israeli strikes.

29 May
2018
Secret Deal Between Russia And Israel,The Presence Of Syrian Troops And The...
836

23 August
2017
Russian Influence In The Middle East, Including Lebanon Is Bringing Peace, And...
1621

25 September
2017
As a result of shelling by ISIS, Russian general Asapov perished
1634

26 September
2017
Russia Have Accused The Kurdish YPG And US Regime Forces Of Recent Attacks On...
2134

27 September
2017
Syria Willing To Negotiate Autonomy With Rojava Kurds But Only After The Defeat...
3705

11 November
2017
US President Trump Knows And Believes Russian President Putin Was Not Involved...
1222