A passer-by who was wounded in Wednesday’s explosion in Ukraine’s capital Kiev has died in hospital, bringing the death toll to two, a spokesperson for the country’s Security Service (SBU) said.

“Investigators of the SBU Main Department in Kiev and the region probe the explosion in the capital, in which Ukrainian lawmaker Igor Mosiychuk and four other people were hurt. Two people are dead,” Elena Gitlyanskaya wrote on her Facebook page.

A criminal investigation has been launched into “setting up a terror group or a terror organization.”

The investigators have found that unknown persons had planted a bomb in a parked motorcycle, which was detonated when lawmaker Mosiychuk and his bodyguards were passing by.

According to the Kiev prosecutors, the explosion occurred near a TV studio Espreso, where Mosiychuk, a lawmaker of the Radical Party, had taken part in a program. 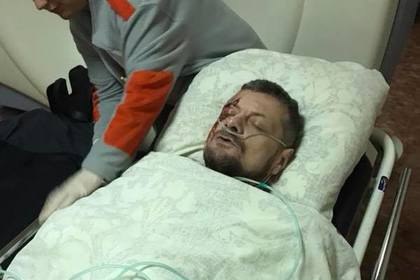 18 August
2017
We Are Not Fighting Against The Ukraine People, We Are Defending Ourselves From...
3809

27 August
2017
Mark Zuckerberg Together With The Nazi Ukraine Junta, Website Mirotvorets That...
3502

1 September
2017
OSCE Condemns The Deplorable Actions By The Ukraine Junta Gestapo For Arresting...
2510

8 September
2017
The International Community Is Tired Of The War Rethoric Coming Out Of The...
2053

11 September
2017
Insubordination Within The Rank And File Of The Ukraine Junta Military,...
2695

13 September
2017
Things Getting Interesting As 50 Special Agents Of The Ukraine Gestapo SBU...
2663

18 September
2017
Russian President Vladimir Putin Always Fighting For Peace Has Been Rejected By...
2555