Two weeks into Turkey’s invasion of the northern Syrian Afrin District, in an attempt to expel the Kurdish YPG from the area. The civilian death toll has been steadily increasing over the course of the invasion. 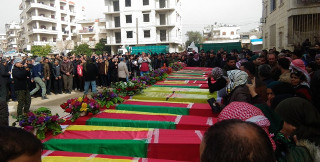 Civilians and fighters killed by Turkey in Afrin laid to rest

According to Afrin Hospital, 142 civilians have been killed in fighting, and they’ve treated 345 civilians for injuries related to the attacks. The estimate is that around 500 were wounded overall, but at times the hospital has been overwhelmed and advised people who weren’t in life-threatening danger to seek treatment elsewhere.

Turkey has been carrying out airstrikes against Afrin, and also heavy shelling against the populated areas. Thousands of civilians have been displaced in the course of this operation,

Hundreds of combatants are also believed to have been killed in the fighting, though the exact split between Turkish forces and Kurdish forces is heavily contested, with each side claiming they’d killed far more than they’d lost. 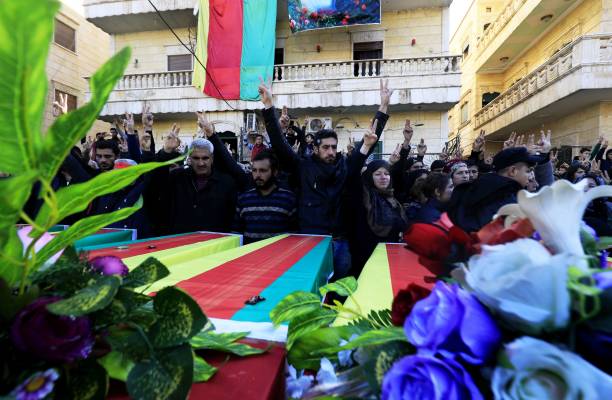 21 February
2018
Incredible, The Audacity Of The Turkish Regime Attacking The Syrian Army In...
1687

24 January
2018
Turkey Says It Will Coordinate Military Operation In Afrin With Iran And Russia...
2518

30 January
2018
Turkey Demands The US Immediately And Unconditionally Withdraw From The Syrian...
1272

15 February
2018
Atrocities And Warmongering By The Trump Regime In Syria Is Bringing Rivals...
1405