More Countries Have Withdrawn Their Decision To Recognize The Mafia Siptar Controlled State Of Kosovo, Burundi Pulls Out Today !

The East African state of Burundi has recalled its recognition of Kosovo’s independence the day before the 10th anniversary of Pristina’s unilateral secession from Serbia, Serbian First Deputy Prime Minister Ivica Dacic said on Saturday. 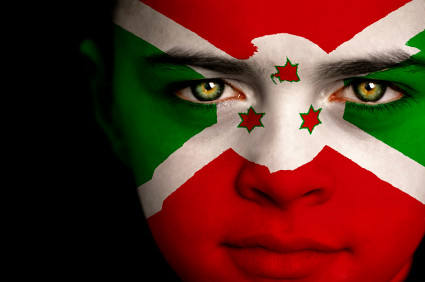 “Over the past days, Pristina has been celebrating the 10th anniversary of the unilateral declaration of Kosovo’s independence. I would like to make my contribution. I brought a note from Burundi’s Ministry of Foreign Affairs and International Cooperation, in which they recall their recognition of Kosovo’s independence,” Dacic, who also holds the position of Serbia’s foreign minister, said.

Dacic continued by calling on Kosovo’a authorities to present documents from 116 countries which, according to Pristina, had recognized Kosovo’s independence.

Among these countries are “those which had not recognized Kosovo’s independence, those which are not UN members, and those which have recalled their recognition of Kosovo as an independent state,” the Serbian first deputy prime minister pointed out.

Despite strong support from the West, Kosovo failed to become a member of the United Nations, the Organization for Security and Co-operation in Europe (OSCE), and the Council of the Europe, Dacic stressed.

Dacic made his statements during a press conference in Belgrade after his working visit to Burundi’s capital of Bujumbura.

On Friday, Barbados announced it had recognized Kosovo as an independent and sovereign country.

On Saturday and Sunday, Kosovo celebrates the 10th anniversary since it had unilaterally proclaimed independence from Serbia.

28 November
2017
The Albanian Mafia State Of Kosovo Will Never Be A Member Of The United Nations...
1911

6 February
2018
Serbian Foreign Minister Ivica Dacic Will Arrive At The United Nations On...
1148

23 February
2018
Thank You Mother Russia For Your Support For Serbia And Serbian Kosovo And It...
2073

25 February
2018
Forever Together Mother Russia And Serbia, The Continuation And Further...
1053

6 April
2018
A Orthodox Easter Special Message From Serbian President Vucic To The World And...
2063

9 April
2018
The Albanian Thug Mafia Leadership In Kosovo Would Accept Partition But The...
941

14 May
2018
United Nations Security Council To Discuss Kosovo Today And The Albanians Of...
952

28 May
2018
Serbian Government Will Never Let Kosovo Go, Some Albanians Agree Partition Is...
886

21 August
2017
BREAKING NEWS, Entire Serbian Embassy Staff Have Left Macedonia Due To The...
4458