The Nazi Ukraine Military Test Fires Medium Range Missiles Including S-300 And Of Course The Infamous Buk-M1 Near The Border Of Russia's Crimea ! (PHOTOS)

The Ukraine Junta military completed the test of medium-range anti-aircraft missiles near the  border with Crimea of ​​the Kherson region, according to the press service of the Ukrainian Air Force commanders.

"Yesterday on November 4, on a temporary site near the settlement of Alexandrovka in the Kherson region (125 kilometers north-west of the Crimean border), tests of anti-aircraft guided medium-range missiles successfully completed," the command said on Facebook on Saturday.

The general leadership of the Ukraine Junta carried out by the commander of the Ukrainian Air Force Sergey Drozdov, in all, 23 rounds of Buk-M1 and S-300 anti-aircraft missile systems were completed with 11 unmanned aerial vehicles of the BP-3 "Reis" type and with certain air-point coordinates.

In addition, according to the report, the ground forces carried out more than 20 launches of air defense missile systems "Wasp". 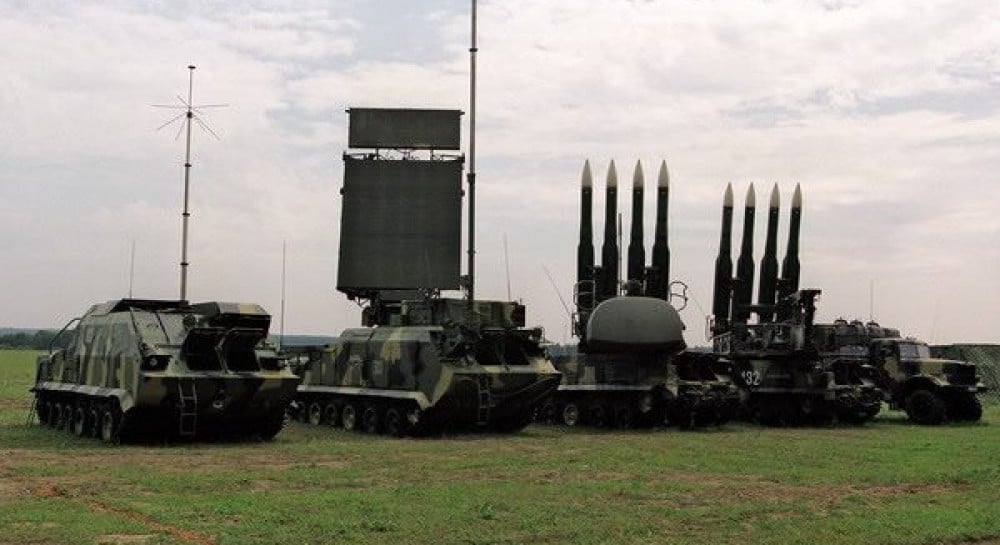 27 August
2017
Mark Zuckerberg Together With The Nazi Ukraine Junta, Website Mirotvorets That...
2893

30 October
2017
Bravo Hungary, Finally A Nation Standing Up To Western Pressure, Stating That...
1462

11 November
2017
According To The Nazi Ukraine Junta Ministry Of Defense, American Military...
1373

4 February
2018
The Nazi Ukraine Junta Will Impose Sanctions Against Adidas And Volkswagen For...
1286

16 August
2017
Terror Attack Prevented As Nazi Ukraine Sabotage Unit Planned To Blow Up One Of...
1194

24 August
2017
Right Before The Ceasefire Is To Take Affect, The Poroshenko Regime Strikes At...
1539

7 September
2017
More War Crimes By The Ukraine Junta Regime, Two Defenders Of The Republic Have...
3168

3 October
2017
The Proud Donetsk Republic And It's DPR Army Intelligence Have Spotted...
1478