Notorious Nazi Ukraine Secret Prisons Have Been Revealed Thanks To The United Nations Human Rights Organization And Dozens Have Been Released !

Donetsk’s cooperation with UN helped secure the release a dozen people kept in a Ukrainian secret prison, DPR ombudswoman Darya Morozova said during a video link with Moscow and Lugansk on Thursday, arranged with the assistance of Donetsk News Agency. 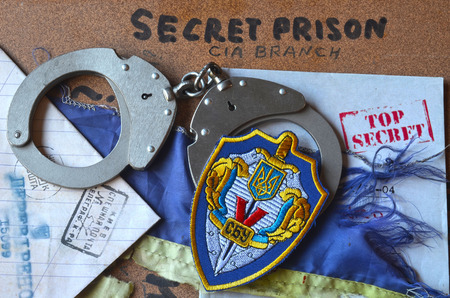 “Thanks to cooperation with the UN human rights office we managed to reveal a secret prison (in Ukraine – eds DAN) and secure the release of 12 people kept there,” the ombudswoman said.

The presence of secret detention centres in Ukraine was also confirmed by people freed from Ukrainian captivity in late 2017 when the Donbass Republics and Ukraine carried out the largest exchange in the recent period.

“The former detainees told us that Ukraine used secret prisons. Of course, we wish to arrange their interviews with UN and OSCE representatives to document it,” Morozova said.

On Thursday, Moscow, Donetsk and Lugansk arranged the first large video conference since the beginning of the conflict focused on international organisations reports’ on human rights abuses in the region.

4 October
2017
Coup Leader Of Ukraine Petro Poroshenko Has Chosen War With The Republics Of...
1998

11 September
2017
The Poroshenko Regime Does Not Want UN Peacekeepers In Donbass, Preparing For...
2509

29 September
2017
Coup Leader Poroshenko Fears A Special Status For The Donbass Republics, It...
2144

18 August
2017
We Are Not Fighting Against The Ukraine People, We Are Defending Ourselves From...
3559

29 August
2017
Valentina Lisitsa Is Back, Our Hero And World Renowned Pianist Will Be Visiting...
1690

8 September
2017
Incredible And A Totally Biased Report As The Chief Monitor Of The OSCE For...
2262

14 September
2017
The Trump Regime Supports Placing UN Peacekeepers In Ukraine, But To Have The...
2619