Our Dear President Of Donetsk Republic Alexander Zakharchenko Has Told U.S.Representative For Ukraine Kurt Volker That He Is Not So Clever And There Will Never Be UN Forces Without The Republics Consent !

The position of U.S. Department of State special representative for Ukraine Kurt Volker regarding the settlement of the Donbass situation is a dead end, DPR Head Alexander Zakharchenko said in the course of an online conference with residents of Donbass and Ukraine.

“As for Kurt Volker’s position, it’s not clever at the very least because it’s a dead end. If Volker, who was appointed to help settle conflict, i.e. find ways out, deadlocks it instead, he’ll be fired for failing to cope,” Zakharchenko said.

He said that the Minsk Agreements should remain the platform for reaching a consensus between the conflicting parties.

Earlier, Volker said that the opinion of DPR and LPR regarding the deployment of the UN mission in Donbass was irrelevant as these issues had already been settled.

DPR and LPR envoys to Minsk talks Denis Pushilin and Vladislav Deinego commented on the statement by the U.S. Department of State special representative as well. They reminded Volker that there will be no UN forces in Donbass without the Republics’ consent, they said in a joint statement.

Zakharchenko is answering questions at an online conference which marks an anniversary of the DPR 2014 election. DPR residents living in Kiev-held areas as well as Ukrainian residents are welcome to ask questions. The DPR leader’s answers are published on глава.рус website 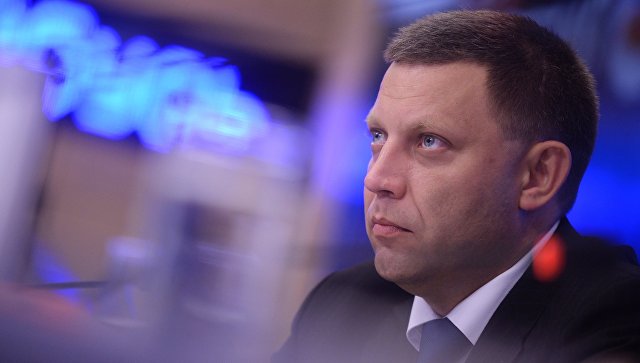 5 September
2017
Deployment Of UN Peacekeepers To Donbass Is Possible, Finally Stopping The...
1619

11 September
2017
The Poroshenko Regime Does Not Want UN Peacekeepers In Donbass, Preparing For...
2326

4 October
2017
Coup Leader Of Ukraine Petro Poroshenko Has Chosen War With The Republics Of...
1819

20 September
2017
There Will Never Be Peace In Donbass With The Constant Sabotage Of The Minsk...
1601

29 September
2017
Coup Leader Poroshenko Fears A Special Status For The Donbass Republics, It...
2007

6 October
2017
Proud Sister Republic Of Lugansk Is Always There To Help On Both Sides Of The...
1325

1 November
2017
Where Will You Run Poroshenko When The Hangman Comes, Donetsk Republic Hands...
1413

4 January
2018
The German Reich Have Stated That They Too Want UN Peacekeepers In Donbass, But...
1476

1 February
2018
Once Again The Ukraine Junta Fails On All Points At Contact Group Meeting, No...
1569