Our Sister Republic Lugansk Has A New Foreign Minister, Former Envoy At Minsk Talks, Vladislav Deinego Is Now Our Man !

He was a deputy of the 5th and 6th Alchevsk Town Council; in spring 2014 he took an active part in organising and holding the referendum on the establishment of the Lugansk People’s Republic.

In May 2014, he was elected to the 1st LPR People's Council as a deputy from Alchevsk town; he chaired a parliament committee and later was appointed deputy speaker.

On 2 November 2014, he was re-elected to the LPR parliament on the Mir Luganschine social movement ticket and reappointed as deputy speaker.

In autumn 2014, the LPR leader authorised him to represent the Republic at the Contact Group talks in Minsk.

On 11 September 2017, the Republic’s parliament met Deinego’s request to relieve him of duties as deputy speaker and terminate his lawmaker’s mandate in connection with transfer to a job incompatible with his status as deputy. 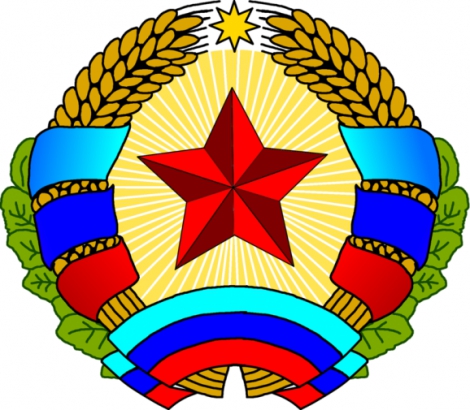 15 September
2017
It's Official, Our Sister Republic Lugansk Will Open Embassies In South...
1878

19 October
2017
Promises Promises As Once Again The Nazi Ukraine Junta Will Not Rebuild The...
2004

5 November
2017
Sister Republic Of Lugansk LPR State Bank Will Be Connecting With 38 Branches...
848

7 November
2017
More War Crimes From The Poroshenko Regime, Not Only Of The Criminal War Waged...
917

11 November
2017
Our Dear President Of Sister Republic Lugansk Igor Plotnitsky Has Stated That...
1724