A Proud Day For Our Women Of Donetsk Republic, Remembering 1908 New York, Our Women Of DPR Have Proudly Defended The Motherland !

The operational command of the People's  Republic of Donetsk , on the occasion of  International Women's Day congratulated the residents of the entire Donbass. Congratulations read today by deputy commander Col. Eduard Basurin. 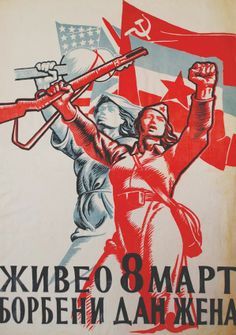 Donetsk command thanked women who stood up for the defense of Donbass !

"On behalf of the command of the Armed Forces... I wish you more smiles, always feel loved, happy, and most necessary to inspire us to great deeds and raise children under the peaceful sky," he said.

Col. Basurin especially thanked the women-servicemen of the Republic who, in difficult times, began to defend their land.

Earlier, with the International Women's Day residents of Donbass were congratulated by the head of the Donetsk Republic  Alexander Zakharchenko.

International Women's Day is celebrated every year on 8 March. On this day in 1908, at the call of action in New York,  Social Democratic Women's Organization, a meeting was held with slogans about the equality of women. Then more than 15 000 women marched through the whole city, demanding a reduction of the working day and equal rights with men for payment of labor. A requirement was also made to grant women the right to vote.

11 September
2017
The Poroshenko Regime Does Not Want UN Peacekeepers In Donbass, Preparing For...
2009

10 October
2017
Murder, War Crimes, The Nazi Poroshenko Regime Along With NATO Have Launched...
1259

26 October
2017
Madman Poroshenko Trying His Best To Strike Fear On Our People Of Donetsk...
1328

1 November
2017
Where Will You Run Poroshenko When The Hangman Comes, Donetsk Republic Hands...
1209

5 November
2017
Nazi Ukraine Army A Bunch Of Thugs And Drunks, Harassing Their Own Citizens,...
1417

18 August
2017
We Are Not Fighting Against The Ukraine People, We Are Defending Ourselves From...
3028