A Revolution Near You, Seattle Erupts In Another Right Wing Rally A Day After Woman Killed In Virginia, USA On The Verge Of Civil War ! (PHOTOS)

(PHOTOS) Police and protesters clashed during a right-wing rally and counter-demonstration in Seattle on Sunday, but there were no immediate reports of serious injuries.

The dueling events came one day after a woman was killed and another 19 people were injured in a white nationalist protest and counter-protest in Virginia.

To the white supremacists and fascists who gathered today at Westlake Center under the false pretense of patriotism the day after the violence that a similar group sparked in Charlottesville, I have a message to share on behalf of the people of King County:

Seattle police said in a statement that three men were arrested on suspicion of obstruction and assault. Confiscated weapons included ax handles, 2-by-4s and balloons containing an "unknown liquid substance," the statement said.

The rally organized by the conservative pro-Trump group known as Patriot Prayer - and a counter protest aimed at standing against hate - were previously planned for Sunday.

Hundreds of people carrying signs opposing hate and the KKK and showing support for Charlottesville marched to downtown Seattle where Patriot Prayer was gathered for a rally it billed as in support of freedom and free speech.

The pro-Trump group has held similar events throughout the Pacific Northwest and they have been met by counter protests.

The rally's organizer, Joey Gibson of the pro-Donald Trump group Patriot Prayer, told a crowd gathered at Westlake Park in downtown Seattle that he was against white supremacy and wanted everyone to have his or her chance at the microphone.

A parade of people denouncing Trump and white supremacy — and chanting "Black Lives Matter" — followed. So did a woman who identified herself as a pro-Trump Kurd.

"America is the greatest country in this world," another unidentified woman wearing a glittery red, white and blue hat told the crowd. "What's happening today is awesome."

the street — on the other side of a metal barricade — counter-protesters faced off with police. One image showed black-clad demonstrators inches from officers in black tactical gear who were draped in pink and green Silly String.

A protest organizer told NBC affiliate KING that police attacked and blocked them from entering the rally.

"I think what they did today was actually a huge disgrace," the unidentified organizer told the station. "Their job is not to protect Nazis."

The police statement said officers kept the groups separate "in the interest of safety for all those involved." The statement added police pepper-sprayed protesters after they tried to force their way past a police barricade using a makeshift shield.

Later, some protesters hurled fireworks and possibly rocks at officers, the statement said.

Earlier, Gibson said he would urge his supporters to remain nonviolent during the so-called "Freedom Rally," which was billed as an event to "promote freedom, free speech, and the power of the human soul." 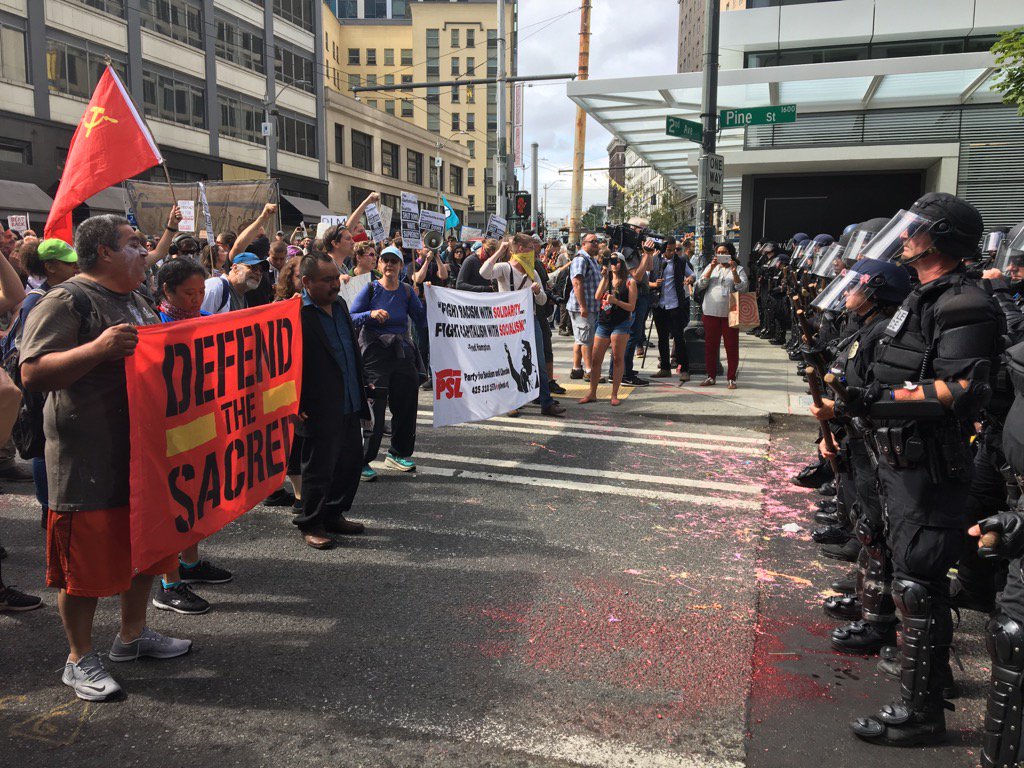 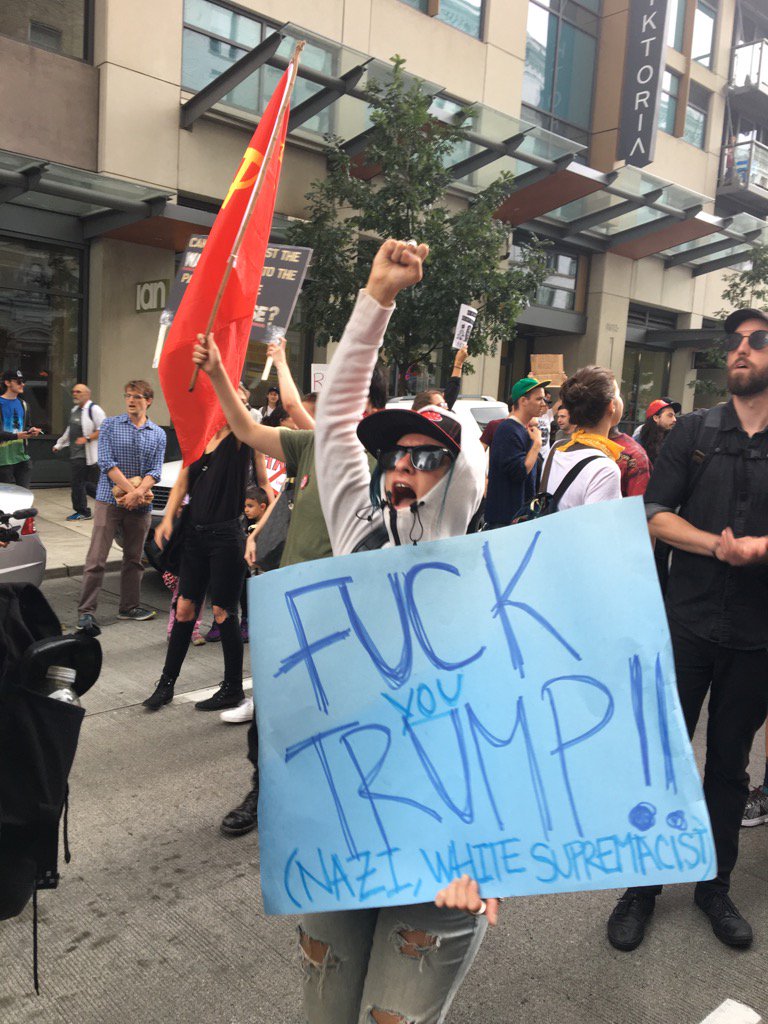 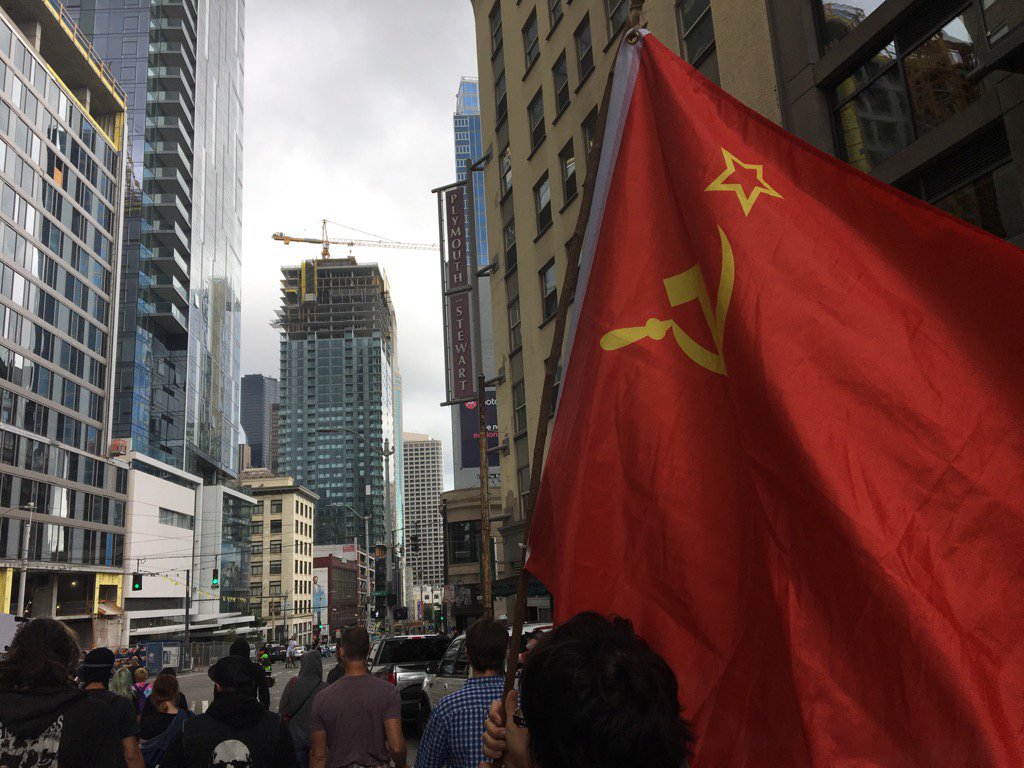 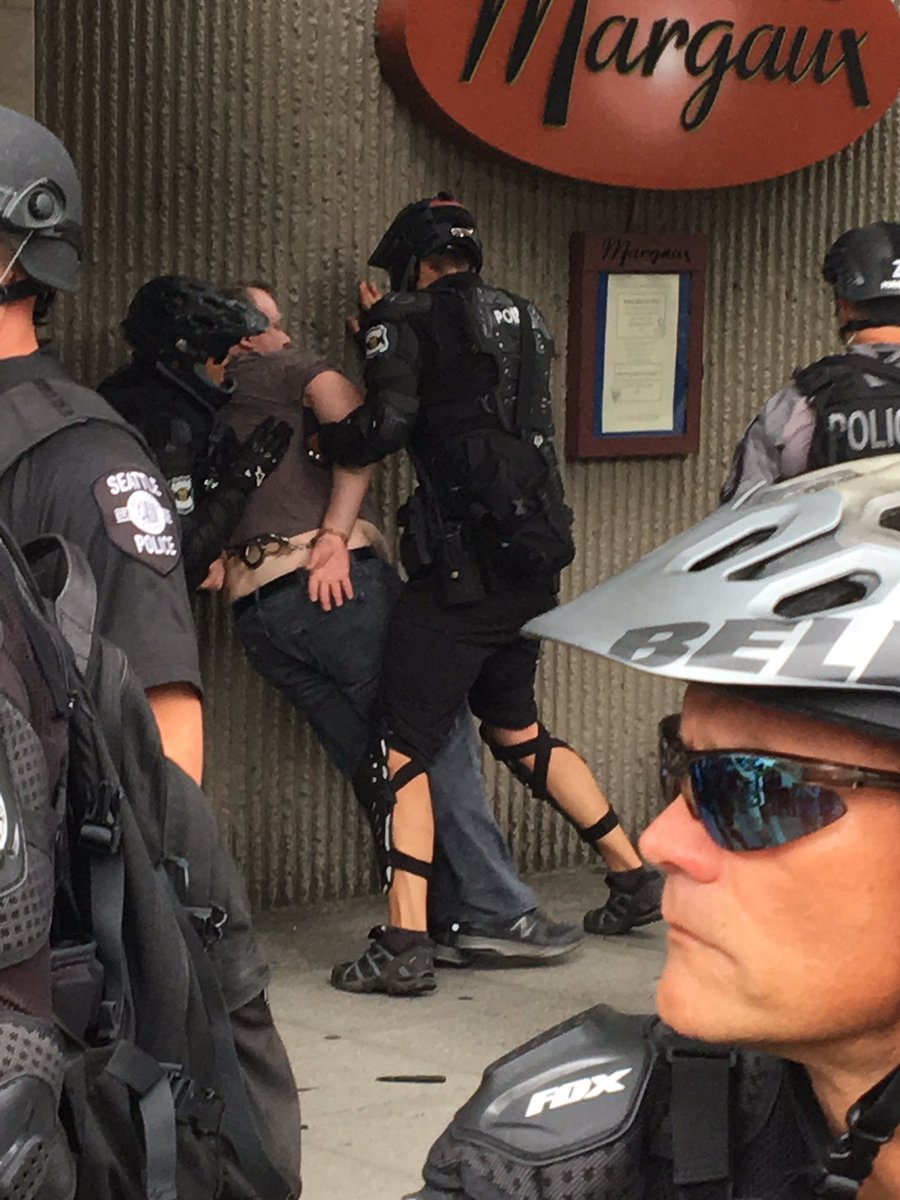 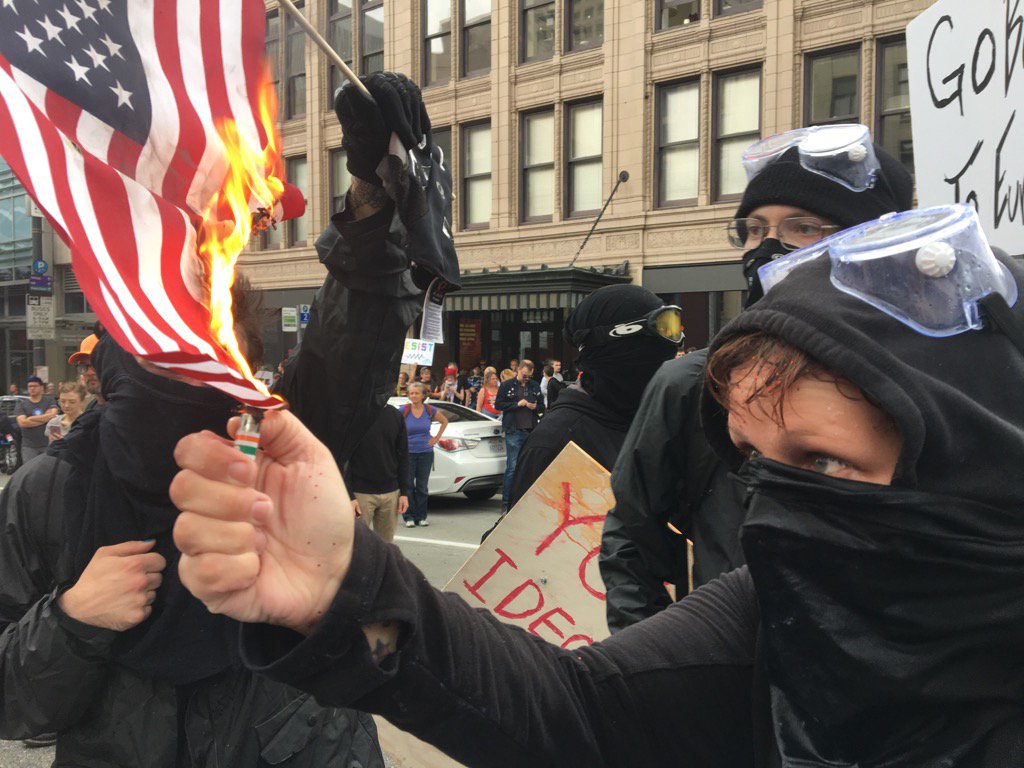