Russia Always To Support It's Brother Serbia, And The Serbian People Need To Make It's Choice For Kosovo And The EU Not Politicians ! ~ Sergei Lavrov

But the choice Brussels is putting before them - "either Russia or the West" - is a very wrong policy, Lavrov told Beta agency in an exclusive, wide-ranging interview on the eve of his visit to Serbia this week.

"If Serbs back EU's demands, that will be people's choice"

Russian Foreign Minister Sergei Lavrov says that Moscow is not opposed to Serbia and the region moving closer to the EU. 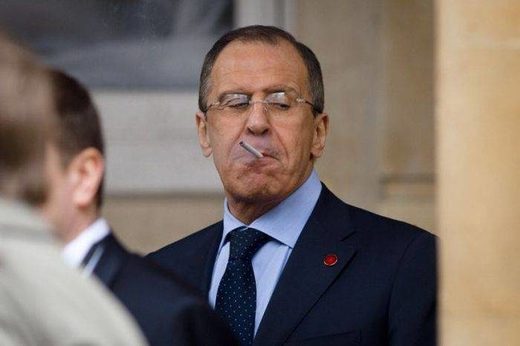 The Russian foreign minister also said that the West had broken a gentlemen's agreement not to expand NATO to the borders of Russia, and now wants pull the Balkans in as well.

Speaking about Kosovo, Lavrov said that Russia would accept any solution agreed on by Belgrade and Pristina, adding that without that agreement, it made no sense to talk about Kosovo's place in the UN.

The Russian official also spoke about his country's political, military and economic presence in the region, stressing that Moscow is interested in preserving historical, spiritual, and cultural ties with its friends in the Balkans, and that it is not giving up on the intention to solve the issue of the status of its staff in the Russian-Serbian Humanitarian Center in Nis.

Lavrov said that Serbian President Aleksandar Vucic, when speaking about the priority of Serbia becoming an EU member, never said this would be done at the expense of Russia.

When the interviewer, Zorana Bojic Sisoeva, remarked that "analysts in Serbia think Vucic will not be able to sit on two chairs for long" - and would therefore "have to make a choice, " Lavrov replied:

"That will be the choice of the leadership of Serbia, and I am confident that this choice will be made with a full understanding of the responsibility they have before the Serb people. If citizens of Serbia support the demands put forward by the EU, it will be the choice of the Serb people. Both the president and any state leader should be guided by the mood of their people. I think that President Vucic fully feels this responsibility."

While in Belgrade on February 21 and 22, Lavrov will meet with President Vucic, Prime Minister Anne Brnabic, Foreign Minister Ivica Dacic, attend events dedicated to the 180th anniversary of the establishment of diplomatic relations between the two countries, and visit the Temple of St. Sava.

According to him, bilateral relations "in all aspects" will be on the agenda, while the focus will be on "international issues, the situation in Europe and in the Balkans, and resolving the Kosovo problem."

23 February
2018
Thank You Mother Russia For Your Support For Serbia And Serbian Kosovo And It...
2971

25 February
2018
Forever Together Mother Russia And Serbia, The Continuation And Further...
1664