(PHOTOS)  Dacic has been given this award for his merits in strengthening friendship and cooperation between the two countries.

"I love Russia - because I love Serbia," says Serbian FM 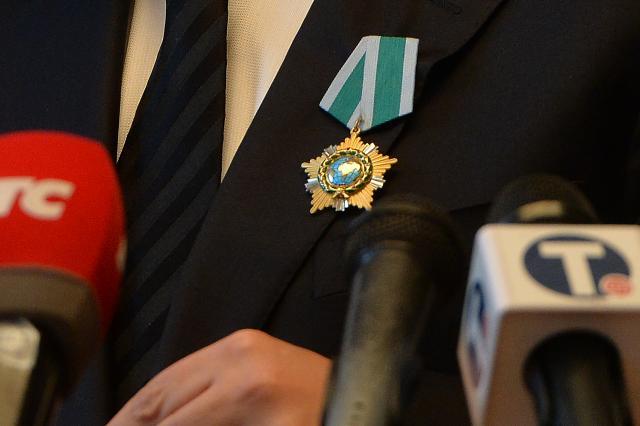 During a ceremony held at the Russian embassy in Belgrade, Lavrov said Dacic contributed to foreign policy cooperation between Russia and Serbia, as well as to trade and economic cooperation, and that it was a great honor to present the order, on behalf of President Vladimir Putin.

Dacic said that he made every effort in the past years to always and in every place promote Serbia's policy of cooperation with her partners, and in particular with friends such as Russia.

"I am very honored that Russia and her president, Vladimir Putin - a proven friend of the Serb nation - have recognized my work and my efforts," the Serbian minister said.

He dedicated the accolade to his late father, who passed away on the same day when it was announced that Dacic would receive the order.

"I dedicate it to my father and to all militiamen, policemen and soldiers who fought for Kosovo, just the way he did," Dacic said.

He added that he was particularly pleased to receive the decoration from the hands of "a man who has objectively helped Serbia the most over the past years."

"When help is needed, when it's hard for Serbia, when our enemies and opponents want to help Kosovo in unprincipled ways - I call Sergei Lavrov," the minister revealed.

He then said that Serbia will never conduct an anti-Russian policy - although many are trying to pressure Belgrade to, for the sake of future membership in the EU, change the stance toward Russia.

The head of Serbia's diplomacy said that he sees no country and people that are closer to his own, than Russia and Russians.

"I love Russia - but because I love Serbia. Anyone who would work against our ties with Russia would work directly against the interests of Serbia and the Serb nation," Dacic said.

"Everything in the world can be bought, except the friendship between two states and two peoples, and that is why this decoration is priceless," he said, and concluded: "Long live Russia, long live Serbia, long live our brotherhood."

Speaking about Lavrov's two-day visit to Serbia, Dacic described it as "very rich in content" - and, he added, "rightly so, because Lavrov is a great friend of Serbia."

The minister had a gift for his Russian colleague: a Serbian national football team jersey - the kind that the squad will wear during this summer's FIFA World Cup in Russia - that had Lavrov's last name and the number 10 printed on it. Russian Foreign Ministry spokeswoman Maria Zakharova, meanwhile, was given a decorative heart-shaped cake, known in Serbian as licidersko srce.

Russian Ambassador Aleksandr Chepurin also spoke, to describe today's meeting between Dacic and Lavrov as "a historic moment that reflected cooperation between the two countries."

"It is particularly nice that this meeting happens as we mark 180 years of establishment of diplomatic relations," the ambassador said.

Finally, as a surprise, the Moscow Choir performed for Dacic - and the song was, "True Friend." 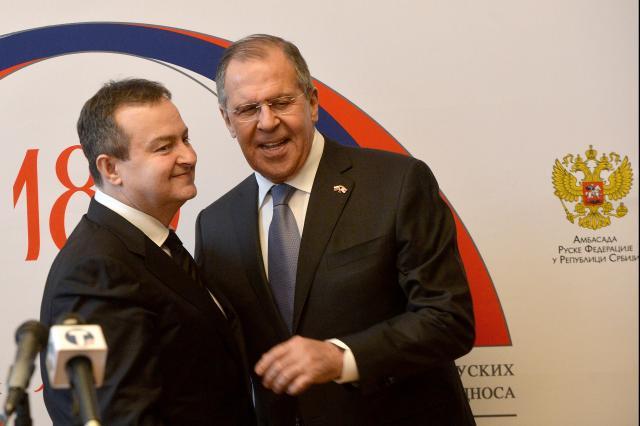 25 February
2018
Forever Together Mother Russia And Serbia, The Continuation And Further...
1063

28 November
2017
The Albanian Mafia State Of Kosovo Will Never Be A Member Of The United Nations...
1930

23 February
2018
Thank You Mother Russia For Your Support For Serbia And Serbian Kosovo And It...
2093

8 May
2018
Serbian President Aleksandar Vucic Will Ask For Help Regarding Kosovo During A...
959

10 November
2017
Things Are Getting Hot Between The Nazi Ukraine Junta And Serbia, Ivica Dacic...
2126

12 November
2017
Serbian Park In Belgrade Is Renamed In Honor Of The Russian Army Ensemble...
3243