The members of the Contact Group have announced ceasefire for more than ten times since autumn 2014. Nazi Kiev forces regularly violated the truce opening fire with large calibre artillery, mortars and tank guns which were to have been withdrawn in accordance with the Minsk agreements.

The Package of Measures for the Implementation of the Minsk Agreements was adopted by the Contact Group on Ukraine on 12 February 2015 and supported by member states of the Normandy Four (Germany, Russia, Ukraine and France). The UN Security Council approved the document by its 2202 Resolution and called upon all the sides to ensure full implementation of the Package of Measures.

The document provides for comprehensive ceasefire, withdrawal of all heavy weapons from the contact line, starting a dialog on reconstruction of social and economic ties between Kiev and Donbass. It also envisages carrying out constitutional reform in Ukraine providing for decentralization and adopting permanent legislation on a special status of certain areas of the Donetsk and Lugansk regions. 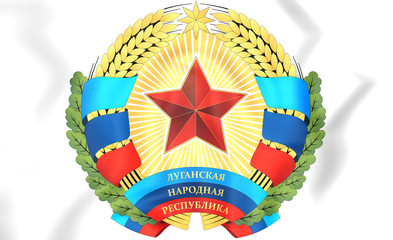 19 October
2017
Promises Promises As Once Again The Nazi Ukraine Junta Will Not Rebuild The...
2762

1 February
2018
The Ukraine Junta, Ministry Of Disinformation, Experts In Misinformation Are...
1487

12 September
2017
School Ceasefire Does Not Exist As The Ukraine Junta Attacks And Bombs Our...
1711

30 October
2017
Slavyanoserbk And Frunze And Other Townships Across Sister Republic Lugansk...
1504

11 December
2017
As Christmas And New Year Holidays Are Approaching And Stores Filled With...
2001

12 December
2017
With Children In School And Getting Ready For The Christmas Time Holidays,...
1547

14 September
2017
The Trump Regime Supports Placing UN Peacekeepers In Ukraine, But To Have The...
2913

1 February
2018
Once Again The Ukraine Junta Fails On All Points At Contact Group Meeting, No...
1976