Continuing a flurry of diplomatic progress, North Korean Vice Chairman Kim Yong-chol is reported to be in the United States for more negotiations. Kim, a former Intelligence Minister and among the top aides to Kim Jong-un, is to arrive in New York City to meet with Secretary of State Mike Pompeo.

Top North Korea Official to Visit US to Meet With Pompeo 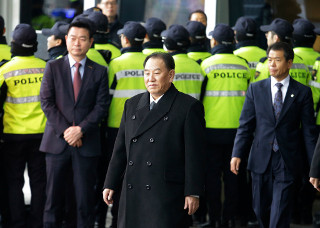 Kim Yong-chol is the highest ranking North Korean to visit the US since 2000. The 72-year-old Kim has served as an official in all three North Korean leaders’ governments. Video footage showed Kim stopping off in China on his way to New York, though Chinese officials would not confirm if he met anyone while there.

The visit is to New York City, rather that Washington D.C., because North Korea has a mission to the United Nations in New York, and that makes visa waivers for official visits easier to come by. Some reports have presented Kim as the “top nuclear weapons negotiator” for the North Korean government.

9 April
2018
Secret Meetings Between North Korea And The Trump Regime, Our Brothers DPRK...
1170

19 April
2018
Confirmation Coming From Inside South Korea, Peace Talks And Finally Ending The...
1094

5 September
2017
Murderers And Child Killers, Saudi Arabia And The Trump Regime Care Nothing For...
2245

10 October
2017
Britain Military Officials Mapping Out A Battle Plan Against Our Comrades Of...
1536