A Secret Second Surprise Visit By Our Dear Leader Of North Korea Kim Jong Un To China, Together Strong Forever !

The leaders of China and North Korea met for the second time in two months, staying overnight in this Chinese port city as China worked to regain control in the fast-moving diplomacy over the North’s nuclear program.

The North Korean leader, Kim Jong-un, flew to Dalian on Monday, where he held long rounds of discussions with Chinese officials, attended a formal banquet, and took a stroll on a beachfront sidewalk with China’s president, Xi Jinping. The pageantry was shown at length on China’s state-run evening television news, with the two men looking like friends, if rather stiff ones.

The Chinese leader appeared intent on showing that the frayed relationship with North Korea was now repaired, and that China was as important to resolving the problems of North Korea’s nuclear weapons as the United States.

President Trump has said he will meet with Mr. Kim in the coming weeks, and tweeted hours after the meeting in Dalian that he expected to talk shortly on the phone with Mr. Xi about North Korea, as well as trade.

A Chinese statement, which was issued on behalf of both leaders after Mr. Kim left, showed the differences between the Trump administration on the one hand, and China and North Korea on the other, over the question of how to rid the North of its nuclear weapons.

It envisioned a far more drawn-out process for the denuclearization of North Korea than the demands of the Trump administration, which has talked about dismantling the North’s arsenal in six months to a year.

Mr. Kim wanted “phased and synchronous measures in a responsible manner” and hoped to “eventually achieve denuclearization and lasting peace on the peninsula,” the Chinese statement said.

The statement said Mr. Kim expressed his “gratitude to China for its longstanding and significant contribution in realizing denuclearization on the Korean Peninsula,” phrasing that seemed to extol China’s role in hosting talks among six countries on North Korea’s nuclear weapons in the mid-2000s. Those talks fell apart, and the Trump administration has been scathing about them. 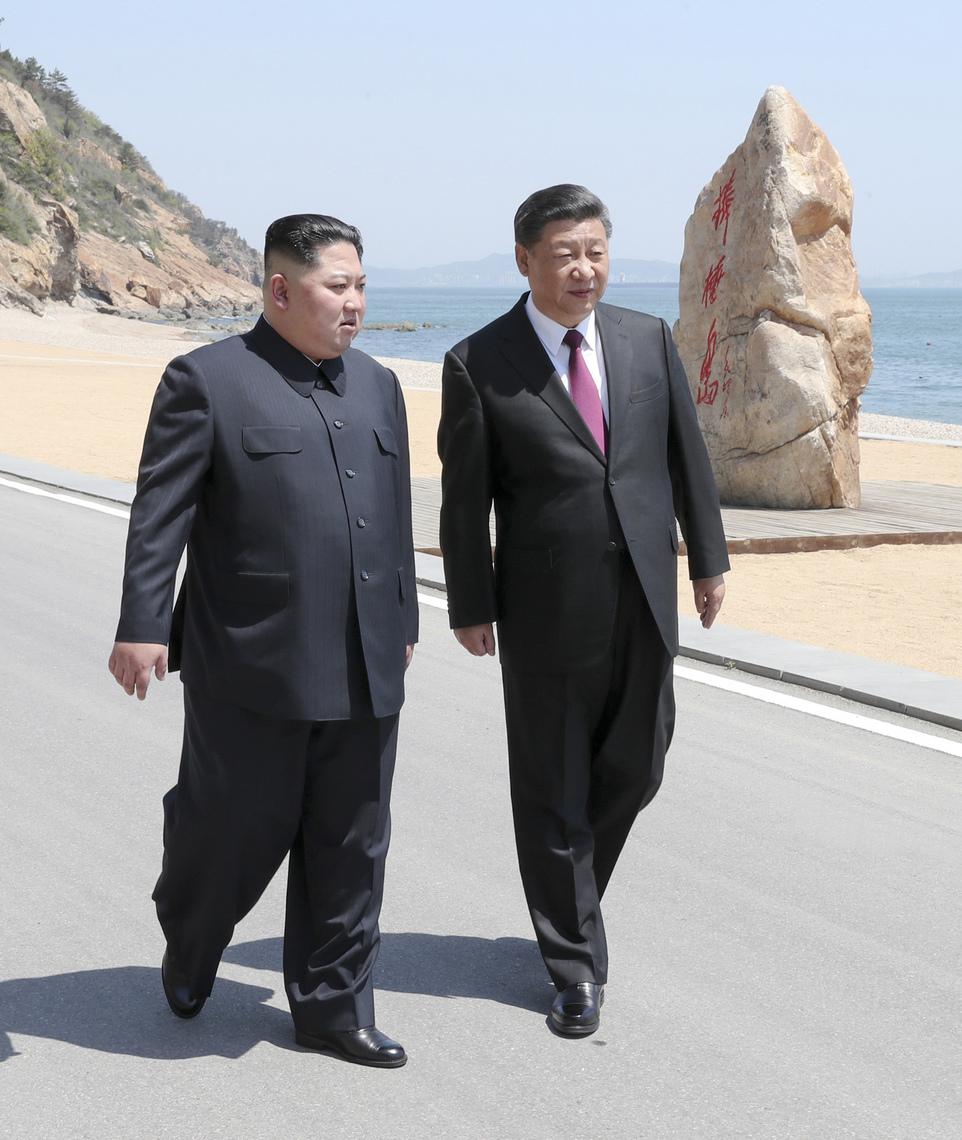 14 February
2018
As Our Beloved North Korea Wants Peace In The World, National Intelligence...
1253

9 April
2018
Secret Meetings Between North Korea And The Trump Regime, Our Brothers DPRK...
1512