Top NATO Officials gave the green light for the attack on the Serbian delegation . There are also leaks coming out that German and British officials planned the attack and some of their agents were on the scene wearing Balaclavas with Albanians ! Nenad Rikalo - a Serb from the Serb List ticket, which on Tuesday announced it would leave the Kosovo government - remains in the intensive care unit of the Clinical Hospital Center in Kosovska Mitrovica.

Kosovo Minister of Agriculture Nenad Rikalo, who was injured in the Kosovo special police operation on Monday, is still in the hospital.~

According to Prva TV's reporter, he has suffered chest injuries and is now in a stable and not life-threatening condition.

Rikalo was among over 30 people who were injured - including another Kosovo government official, Zeljko Jovic - when the Occupied Kosovo police on Monday in Kosovska Mitrovica stormed a building during a gathering dedicated to the internal dialogue on Kosovo.

Kosovo police arrested Serbian Government's Office for Kosovo and Metohija head Marko Djuric, who was also injured, and showed up before reporters in Belgrade on Tuesday with bandaged arms, as he revealed some details of his ordeal. 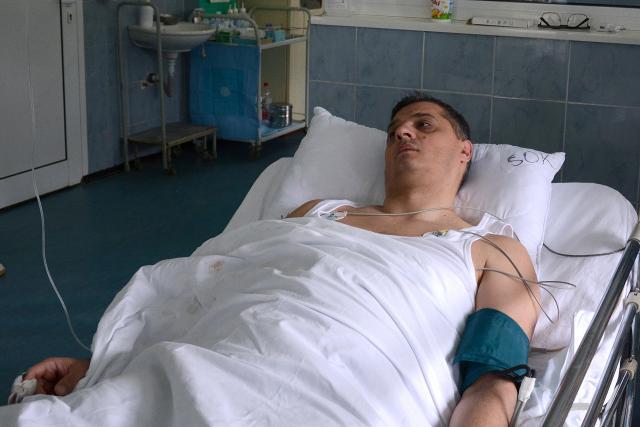 27 March
2018
Albanian Scum Militia Attack And Arrest Serbian Officials In Kosovo During A...
3044

18 January
2018
Serbian Politician Oliver Ivanovic Killed By Albanian Thugs To Be Buried In...
1886

18 January
2018
Torched Car Suspected Of Being Used In The Murder Of Oliver Ivanovic Belonged...
1605

29 March
2018
Strong Voices From The Serbian Government, We Will Support Our Fellow Serbs Of...
1816

9 April
2018
The Albanian Thug Mafia Leadership In Kosovo Would Accept Partition But The...
1037