The Spanish Regime Will Not Release Catalan Leader From Prison, Jordi Sanchez Will Not Be Allowed To Attend Monday's Vote On New Leadership !

Spain’s Supreme Court on Friday turned down a request by Catalan regional presidential candidate Jordi Sanchez to be allowed out of jail to attend a parliamentary session to swear in a new leader, in a further blow to the region’s bid to split from Spain.

Catalonia’s parliament is expected to meet on Monday to vote on the region’s new leader. Sanchez was put forward as a candidate by secessionist parties as a substitute for Carles Puigdemont, the movement’s figurehead.

Sanchez is in jail awaiting trial on charges of rebellion and sedition over his role in orchestrating pro-independence protests last year during which national police were trapped inside a Barcelona building and their vehicles destroyed.

Spain’s central government swept in to take control of the northeastern region after it declared independence in October in an act courts said was illegal and against the country’s constitution.

The government called regional elections in an attempt to derail the independence movement, but the move backfired when parties favouring a split from Spain won the most parliamentary seats.

However, with many senior secessionist figures in jail or self-imposed exile in Belgium, the parliament is struggling to elect a head and start governing.

Former regional head Puigdemont, in Brussels since October, withdrew his bid for a second term in office on March 1.

The new candidate, Sanchez, had asked the judge handling his case for permission to leave prison to attend Monday’s parliamentary session in Barcelona.

In a 26-page ruling, Spanish judge Pablo Llarena based his decision not to let Sanchez out on his belief there was a risk of a repeat offence.

On Friday, the Spanish government’s spokesman Inigo Mendez de Vigo reiterated that any candidate put forward to lead Catalonia should not be in jail or under judicial investigation. 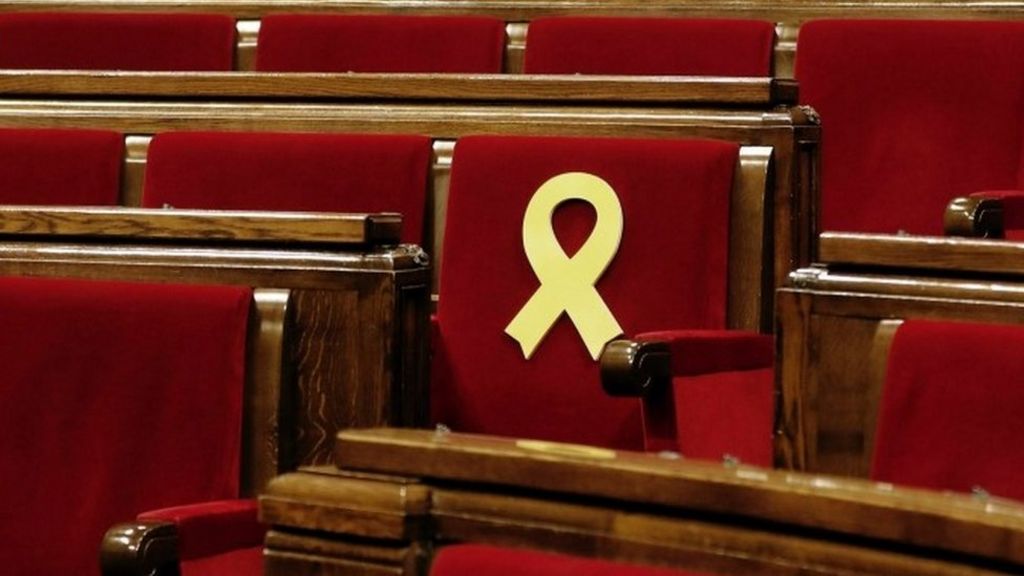 10 September
2017
War Of Words Between Catalonia And The Fascist Government Of Spain, Threats To...
2192

20 October
2017
If The Fascist Government Of Spain Moves In On Our State Catalonia On Saturday...
1817

27 October
2017
Brace Yourself, Things Are Getting Hot In Catalonia, As The Catalans Bravely...
1984

4 October
2017
Catalan To Proclaim Independence Within Days As Fascist King Of Spain Screams...
1723

10 October
2017
Catalonia Under Pressure, France And Germany Against Catalan Independence And...
2093

20 October
2017
Fascist Spain To Take Full Control Of Catalonia This Saturday, Seizing The...
1786

14 September
2017
Fascist Regime Of Spain Threatens To Arrest All Mayors Who Are Supporting...
3089

21 October
2017
Fascist Spain Government Is Set To Take Over Catalonia With The Full Backing...
1646