Strange How Fascist Western Nations Including NATO Attack Putin's State Of The Nation Speech, Yet It Is Trump, The EU, England Who Have Constantly Threatened The World !

Russian President Vladimir Putin’s state of the nation address on Thursday came with a surprising amount of rhetoric about the development of the Russian Federation’s nuclear arsenal, and their ability to evade US missile defense systems. 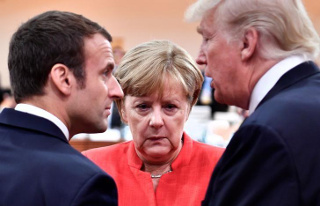 This has resulted in a flurry of statements Friday from NATO and its member nations saying Putin’s statement was “unacceptable,” and that it was counterproductive to efforts to shore up arms control agreements.

President Trump, along with French President Emmanuel Macron and German Chancellor Angela Merkel all spoke Friday about the matter, expressing “serious concerns” about what Putin had said, and its impact on arms control.

Yet all these attempts by the West to position themselves as favoring arms control, and Putin undermining it are a dramatic revision of the past several years, which have seen the US repeatedly threatening to withdraw from such deals on the basis of perceived Russian violations.

Indeed, the Putin statement came just on the heels of President Trump’s own public statements vowing to dramatically grow the US nuclear arsenal in the name of having a superior arsenal to the Russians, with talk of efforts at lower yield, more usable nuclear arms, and bringing US nukes to bare in retaliation for things like cyber-attacks.

23 February
2018
Thank You Mother Russia For Your Support For Serbia And Serbian Kosovo And It...
2215

6 February
2018
Traitors, Just For Money, The Greeks Could Recognize Kosovo If Washington Asks...
1491