Striving To Achieve New Records And Heights, Our Proud Coal Miners Of Sister Republic Lugansk Have Produced More Than Two Million Tons Of Coal Since The Beginning Of The Year !

Miners of Sverdkovantratsit, an affiliate of Vneshtorgservis JSC have produced more than two million tons of coal since the beginning of this year, company director Konstantin Skrypnik told Lugansk Media Centre.

“On 25 October, the close-knit Sverdlovantratsit team marked the production of two million tons of fuel since the beginning of 2017, which exceeded 2016 output by 287,000 tons year-on-year,” Skrypnik said noting that high performance became possible thanks to well-coordinated work.

“Sverdovantratsit owes its achievements to the efforts by thousands of employees, executives and specialists, their skills and brains,” he said. “Miners put their heart into each ton of coal hoisted to the surface.”

The director thanked the miners for “hard and much-needed labour,” and their striving to achieve new records and heights.

Earlier, Skrypnik said the introduction of external management enabled Sverlovantratsit divisions to keep the production and wage levels. Despite Kiev’s economic blockade, the Dolzhanskaya-Kaptalnaya mine increased the average daily output by 1,500 tons, he added.

The press service of Sverdkovantratsit, Vneshtogservis JSC, said the company has launched a new coal face for the first time since it went into receivership.

Sverdlovantratsit commercial director Vyacheslav Svetlov said the external management of the coal companies which had previously operated in Ukrainian jurisdiction, enabled the Republic’s mining equipment producers to resume operation and build up their production potential.

Vladimir Groshev, head of the State Tax Inspectorate for Large Taxpayers, State Tax and Revenue Committee, said that the measure applied to companies operating in Ukrainian jurisdiction helped to considerably increase budget revenue as well as deductions from the Unified Social Tax in the first eight months of 2017 year-on-year.

LPR People’s Council Deputy Chairman Dmitriy Khoroshilov noted an improvement of the general socio-economic situation in the Republic since the introduction of external management.

The law on non-resident companies envisions introduction of state management by appointing interim administration at non-resident businesses operating in the Republic which failed to conclude, by 1 March 2017, the agreement with LPR tax agents on tax deductions to LPR budget. Krasnodonugol, Rovenkiantratsit and Sverdlovantratsit are among the receivership companies. 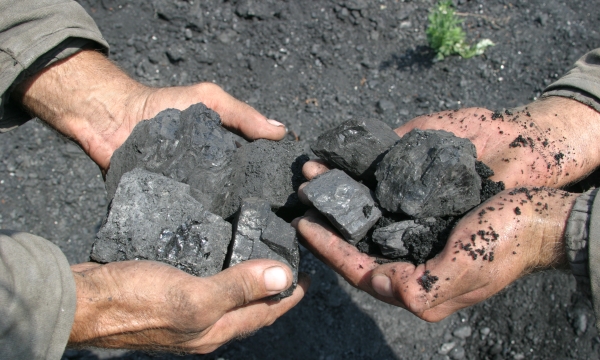 4 October
2017
Coup Leader Of Ukraine Petro Poroshenko Has Chosen War With The Republics Of...
2380

19 October
2017
Promises Promises As Once Again The Nazi Ukraine Junta Will Not Rebuild The...
2758

3 March
2018
Despite The Snow And Cold Weather, All Schools And Universities In Sister...
1454

8 September
2017
War Crimes, Without Warning, The Ukraine Junta Has Stopped Water Supply To Our...
1857

28 September
2017
Tourism Alive And Well In Sister Republic Lugansk, Visitors Arriving During May...
2007

28 September
2017
Cyber Attacks On Our Sister Republic Lugansk, Hackers With DDos Trying To...
1471

4 October
2017
Things Are Looking Bright For Our Young Generation Of Sister Republic Lugansk,...
1456