The leder of the Civic Initiative (GI) SDP, Oliver Ivanovic, died of his injuries on Tuesday, after he was shot in front of his office in Kosovska Mitrovica.

The 64-year-old Serb politician died in the local hospital, where he was taken after the incident.

A post mortem carried out in this town in northern Kosovo on Tuesday afternoon showed that the as yet unknown killer shot Ivanovic six times in the chest and upper abdomen. According to this, the murder weapon was a Zastava M70A pistol.

A prosecutor in Kosovo said on Tuesday afternoon that the shooter fired at Ivanovic, a former Serbian government official, from a moving car.

Kosovo police official Zeljko Bojic said the police suspect that the car in question was an Opel Astra that was found burned down in a nearby street.

The Serbian Prosecution for Organized Crime announced during the day that they launched preliminary investigation proceedings in the case.

The Kosovo police, meanwhile, offered a 10,000 euro reward for credible information leading to the discovery of the perpetrator.

Ivanovic's killing has been condemned by the Kosovo government and the EU rule of law mission in Kosovo, EULEX. And although his government issued a statement, Kosovo Prime Minister Ramush Haradinaj did not address the incident as he spoke during an event in a school in the town of Djakovica on Tuesday morning.

Kosovo President Hashim Thaci, on the other hand, strongly condemned the murder and urged security forces to "shed light on the circumstances in order to bring the perpetrators to justice."

Later in the day, Haradinaj took to Facebook to write that "the tragic event should not be abused for daily politics, even for blocking the processes aimed at normalizing relations," and added that the Kosovo police were investigating the murder.

In the wake of the assassination, Serbian President Aleksandar Vucic convened an extraordinary meeting of the Council for National Security. He announcedafterwards that Belgrade considered the incident to have been an act of terrorism, and wanted to investigate the case in the territory of Kosovo and Metohija.

Ivanovic spent two years detained for allegedly committing war crimes, before he was released last April, pending the outcome of a retrial.

In July, Ivanovic's private car was torched in Kosovska Mitrovica, while four members of his party left during an election campaign because of "intimidation."

In 2005, an explosive device was attached under Ivanovic's official car. 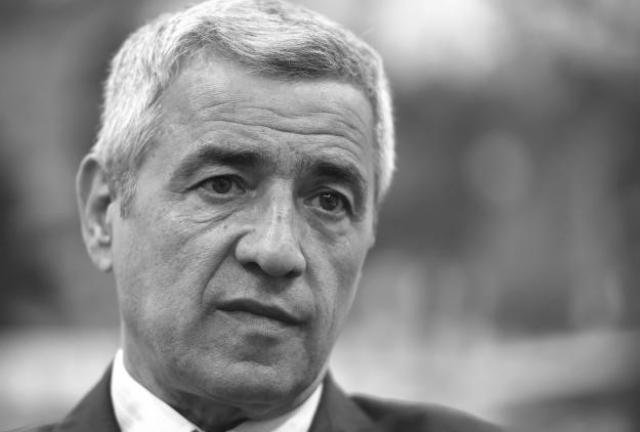 18 January
2018
Serbian Politician Oliver Ivanovic Killed By Albanian Thugs To Be Buried In...
2404

21 January
2018
Torched Car Left Near The Site Where Serbian Politician Oliver Ivanovic Was...
1900

14 May
2018
United Nations Security Council To Discuss Kosovo Today And The Albanians Of...
1530

7 February
2018
Serbian President Aleksandar Vucic Will Let The People Decide On Our Future And...
1912

18 January
2018
Torched Car Suspected Of Being Used In The Murder Of Oliver Ivanovic Belonged...
2154

27 March
2018
Albanian Scum Militia Attack And Arrest Serbian Officials In Kosovo During A...
3782