Terrorist Amina Okueva Has Been Killed, Assassinated In Kiev, But Her Mafia Thug Husband Survived In the Ambush ! (PHOTOS)

Terrorist Amina Okueva has been killed, assassinated in Kiev !

Kyiv: Near the village of Glevach of the Kyiv region, unknown persons fired at a car in which Adam Osmayev was being suspected of attempted assassination of Russian President Vladimir Putin. As a result of the incident, Osmayeva was injured, and his wife Amina Okueva was killed by the injuries.

"The heart of the patriot of Ukraine Amina Okueva has just stopped. Her car was fired from the bushes at the railway crossing near the village of Glevach of the Kyiv Oblast. As a result of the injuries Amina was killed," said the people's deputy, adviser to the Minister of Internal Affairs of Ukraine Anton Gerashchenko.

He also said that Osmayeva was injured, but his life is not in danger.

This is not the first attempt on a married couple. On June 1, an attack on the ATO members who served in the ranks of the Kyiv-2 police battalion, Adam Osmayev and Amina Okueva took place on Podol in Kyiv. Osmaeva and the attacker with heavy gunshot wounds are in the hospital. Then Okueva was not hurt.

In February 2015, Osmayeva became the new commander of the battalion named after Dzhokhar Dudayev after the death of Isa Munayev.

The car, in which the Ukrainian volunteer Amina Okueva was traveling, was fired upon, she was killed. As adviser to the head of the Ministry of Internal Affairs of Ukraine Anton Gerashchenko, Okuyeva's husband Adam Osmayev was wounded.

The veteran of the anti-terrorist operation and public activist Amin Okuev died as a result of the assassination,acording to adviser to the Minister of Internal Affairs of Ukraine Anton Gerashchenko, stating this on his Facebook.

"The heart of the patriot of Ukraine Amina Okueva has just stopped, her car was fired from the bushes at the railway crossing near the village of Glevach of the Kiev region." As a result of the injuries Amina was killed, "the adviser wrote.

According to Gerashchenko, Okuyeva's husband, Ukrainian soldier Adam Osmayev was injured, but there is no threat to his life.

The adviser of the Minister of Internal Affairs Zoryan Shkiryak confirmed the information about Okuyeva's death. He said that the details of the incident in the near future will be reported by the head of the National Police of Ukraine Sergey Knyazev.

On June 1 in Kiev, a  criminal who pretended to be a journalist committed an attempt on volunteers, wounded Osmayev , but  Okuyeva responded several times  to the attacker. He was injured.

It was reported that the killer  arrived in Ukraine from the Bryansk region of  Russia. With him, he had documents of a citizen of Ukraine, Alexander Dakar, born in 1958. According to media reports, the  attack was carried out by a Chechen killer  from St. Petersburg Arthur Denisultanov-Kurmakaev, nicknamed Dingo.

PHOTOS OF THIS TERRORIST / MURDERER ! KILLING WOMEN AND CHILDREN OF DONBASS ! 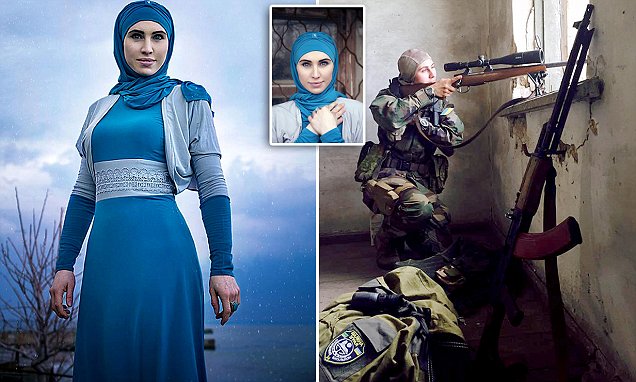 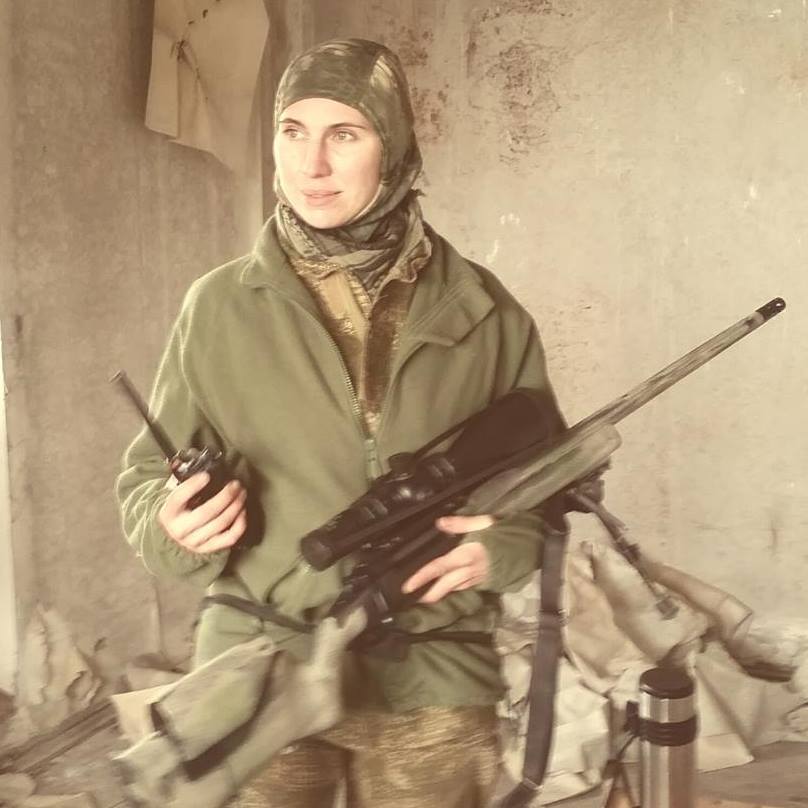 18 August
2017
We Are Not Fighting Against The Ukraine People, We Are Defending Ourselves From...
3813

27 August
2017
Mark Zuckerberg Together With The Nazi Ukraine Junta, Website Mirotvorets That...
3503

8 September
2017
The International Community Is Tired Of The War Rethoric Coming Out Of The...
2055

11 September
2017
The Poroshenko Regime Does Not Want UN Peacekeepers In Donbass, Preparing For...
2740

11 September
2017
Insubordination Within The Rank And File Of The Ukraine Junta Military,...
2698

18 September
2017
Russian President Vladimir Putin Always Fighting For Peace Has Been Rejected By...
2558