"We have an obligation toward the citizens to tell them the truth after exhaustive work, because it is an unprecedented crime," the president of the National Assembly told RTS.

Gojkovic said she was convinced that deputies will succeed in doing so.

"It's our obligation to prove consequences of NATO bombing" !

Maja Gojkovic says National Assembly members will prove that NATO's use of depleted uranium against Serbia in 1999 impacted the rise in malignant diseases.~

"With a debate in the Assembly, we are now saying that there is a need to form a commission at the parliamentary level, which will have the demanding task of investigating the consequences of the 1999 bombing on health and the environment, with particular reference to the use of depleted uranium missiles," Gojkovic said, adding:

"I expect that by the end of the week we will vote in favor of forming the commission, which will be proposed by Darko Laketic, that is the plan, and I hope that we will fulfill it jointly."

Gojkovic expects a report submitted to the Italian parliament to help in this. It showed that Italian soldiers fell ill in the past and continue to fall ill as a consequence of staying in those areas where depleted uranium missiles were used.

"According to this data, this is about 4,000 soldiers with malignant diseases, 300 of whom died, because they stayed in these areas without any protection," she said. 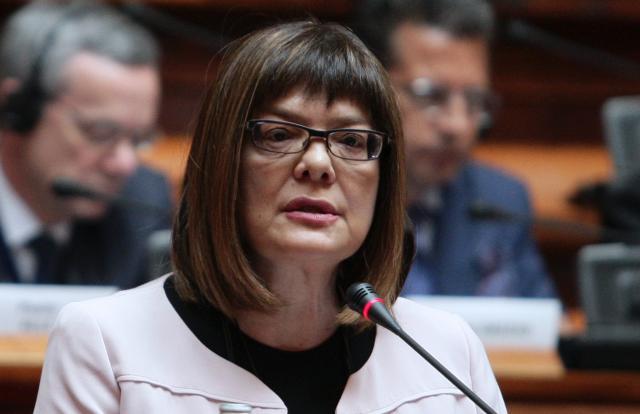 29 April
2018
Organization To Study The Ramifications Of The Brutal Criminal NATO Bombing Of...
2791

11 March
2018
According To Terrorist Organization NATO, The State Of Serbia And The Serbian...
2497

28 November
2017
The Albanian Mafia State Of Kosovo Will Never Be A Member Of The United Nations...
2662