Things Are Getting Hot Between The Nazi Ukraine Junta And Serbia, Ivica Dacic Serb Foreign Minister Has Told His Ambassador To The Ukraine Junta To Return Home !

Serbian ambassador to Ukraine summoned for consultations ~ Minister Dacic recalled that it is well known that Ukrainian mercenaries took part in the crimes committed by Croatia's forces against the Serb people in Croatia (during the 90s) - whom Ukraine, unlike Serbia, never condemned," the statement said.

A statement issued by the Ministry of Foreign Affairs (MFA) said this was done "due to current issues in relations with Ukraine" - while stressing that Serbia has taken "a series of concrete steps to (judicially) process Serbian citizens who took part in wars abroad, including in Ukraine."

"Minister Dacic recalled that it is well known that Ukrainian mercenaries took part in the crimes committed by Croatia's forces against the Serb people in Croatia (during the 90s) - whom Ukraine, unlike Serbia, never condemned," the statement said.

It added that Serbia on several occasions, since the outbreak of the crisis in Ukraine, demonstrated its respect for Ukraine's territorial integrity - something that was proven during Belgrade's OSCE chairmanship.

According to the MFA, Dacic and Bulatovic will in the coming days speak about "further activities concerning relations with Ukraine."

The statement also said that Serbia "remains committed to building good relations with Ukraine, based on principles of mutual respect" - and would not allow itself to become "collateral damage of international relations that have nothing to do with Serbia."

Earlier on Wednesday, November 8, Ukraine's Ministry of Foreign Affairs announcedthat the country's foreign minister the day before met with the Ukrainian ambassador in Belgrade - summoned back to Kiev on November 3 - and that they discussed "bilateral issues (....) and the problem of Serbian mercenaries who fight in Donbass as part of the Russian terrorist troops."

All this unfolds after an interview was published on November 1 with Ukraine's ambassador to Serbia, Oleksandr Aleksandrovych - when he accused Serbia of being "used by Russia to destroy Europe."

The Serbian Ministry of Foreign Affairs reacted on November 2 by warning Kiev that it would be "forced to take steps" unless the diplomat abandoned his "inadmissible behavior."

This was then interpreted as "the last warning before expelling an ambassador." 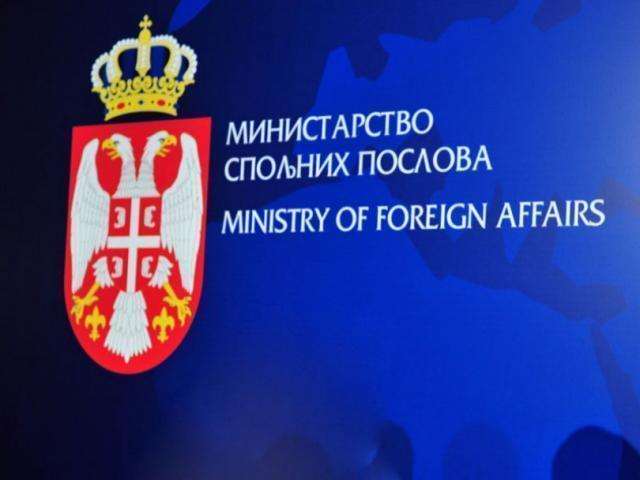 25 February
2018
Forever Together Mother Russia And Serbia, The Continuation And Further...
1530

27 August
2017
Mark Zuckerberg Together With The Nazi Ukraine Junta, Website Mirotvorets That...
3428

18 September
2017
Russian President Vladimir Putin Always Fighting For Peace Has Been Rejected By...
2477

29 September
2017
Provoking And Pushing For More War And The Hatred Towards The Russians, The...
1807

6 October
2017
UKRAINE PROLONGED LAW ON SPECIAL STATUS FOR DONBASS UNDER PRESSURE OF REPUBLICS...
1614

28 January
2018
A Bloody Week Filled With Horror, The Madness From The Nazi Poroshenko Regime...
2436