Things Are Looking Bad For The Mafia Run State Of Kosovo, Five Countries From The EU Will Not Recognize It, Drug Lord Thug Hashim Thaci In Shock !

This unjust stance towards Kosovo is due to the non-recognition by five EU member states, that is, the inability of the EU to have a unified position on Kosovo," the Kosovo president wrote on Facebook.

Hashim Thaci has blamed five EU members that do not recognize Kosovo for the "unjust stance" taken toward in EU's enlargement strategy for the Western Balkans.

According to him, the EU strategy, presented on Tuesday, represents "an incentive for reforms in the countries of the region for EU membership."

"I therefore welcome the producing of a strategic document that treats Kosovo as part of EU's enlargement plans. But unfortunately, because of known political reasons, this document failed to present the perspective of comprehensive and equal accession of all countries in the region. This strategy especially failed to present a clear perspective for Kosovo's members in the EU," Thaci wrote.

He also stated that Kosovo must now "work on removing political barriers to EU integration."

"We need to capitalize on the full potential of this strategy in order to improve our position on the road to membership and to finish the process of dialogue with Serbia. Kosovo should urgently overcome the state of isolation by ratifying the agreement on the border line agreement with Montenegro, that will bring the abolition of EU visas for citizens of Kosovo," Thaci wrote. 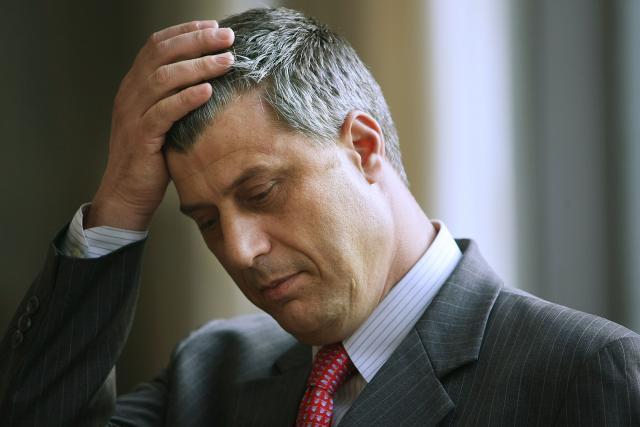 21 January
2018
Torched Car Left Near The Site Where Serbian Politician Oliver Ivanovic Was...
1418

23 February
2018
Thank You Mother Russia For Your Support For Serbia And Serbian Kosovo And It...
2230

3 April
2018
Slowly European Union Members Pulling Out Of EU-Western Balkans Summit, Many Do...
1726

4 November
2017
Bravo For Serbia As Countries Are Slowly Removing Themselves From A List That...
1878

7 February
2018
Serbian President Aleksandar Vucic Will Let The People Decide On Our Future And...
1475

16 February
2018
The German Reich Is Demanding Serbia To Recognize Kosovo As An Independent...
1842