The Taliban has announced that they will give full “amnesty” to all members of the Afghan Army and police who desert from the “enemy ranks.” The Taliban said they intend to focus on attacking US and NATO forces. 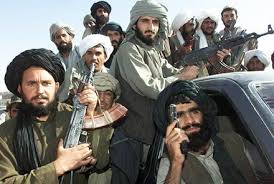 Taliban Offers Amnesty for Afghan Deserters, Will Focus on Attacking US, NATO Troops 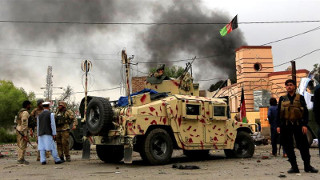 The statement from the Taliban comes amid growing concerns among Afghan leaders that they continue to lose territory, and just days after the Taliban attacked, but were ultimately repelled from, the city of Farah.

The Taliban say that because of the large number of casualties in the Farah fight, they are offering the amnesty as a way to safeguard the lives of Afghan “employees of the regime.” The Afghan military already has a very high desertion rate, and the Taliban’s comments may increase it in the near term.

30 January
2018
Bloodiest And Deadliest In Years, The Slaughter Of Innocent Civilians, Taliban...
2358

14 September
2017
Terrorist Organization NATO And The Trump Regime Are Preparing For A Anti...
3182

4 April
2018
Trump Wants Better Relations With Putin, Better Ties With Russia, And Those Who...
1372