The Trump Regime's Secret Murderous War Campaign, If You Don't Ask Questions, You Will Never Know, Especially In Libya !

While bragging about their intention to be “as transparent as possible,” Pentagon officials in Libya have revealed that they routinely keep their actions secret from the American public, and withhold specific details unless asked.

How the Pentagon Under-Reports Libya Operations 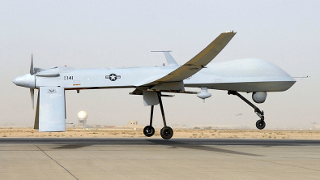 As far as Africa Command (AFRICOM) is concerned on its website, there have only been four airstrikes in Libya since President Trump took office. Officials freely admit that there were actually twice as many as that, eight strikes in total.

We didn’t hear about the other strikes because we didn’t ask, according to Pentagon spokesman Maj. Karl Wiest. The official policy was that AFRICOM would confirm a strike only if specifically asked about the strike by a reporter who’d heard about it from somewhere else. If no one knew to ask about it, they figured no one was the wiser if it went totally undisclosed.

One can’t help but note this is virtually the opposite of “as transparent as possible.” Details on the four strikes still aren’t public, beyond the fact that they happened, and which months they happened in. We still no nothing about who was targeted, where in Libya, or who was killed.

We can take some educated guesses from the Pentagon’s lack of candor elsewhere, however, that undisclosed strikes presumably didn’t result in anything they’d want to brag about. The Pentagon is always eager to talk up strikes that killed a “commander,” but strikes with heavy civilian casualties resulting often get swept under the rug, even in much higher-profile theaters like Iraq and Syria.

That the commanders in Libya were comfortable keeping half of their operations undocumented publicly this way suggests a troubling pattern of behavior, and raises questions about just how frequently US warplanes conduct strikes across the world that officials never felt inclined to talk about