Turkish Militia Moving In To Liquidate All Kurds, Will 'Do What Is Necessary' To Expel Kurdish Forces From Sinjar !

Turkey’s planned invasion of the Iraqi city of Sinjar seems to be temporarily on hold, amid reports the intelligence chief will be visiting Iraqi officials to discuss the situation. Iraq agreed last week to allow Turkey to conduct military operations against Kurd along theborder.

Erdogan: Turkey Will ‘Do What Is Necessary’ to Expel Kurdish Forces From Sinjar

Iraqi govt launching its own operation against Sinjar region 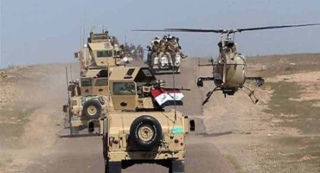 The Yazidi city of Sinjar is near the border, but might be too far in, proving embarrassing. Turkey’s President Erdogan confirmed that he’s been told Iraq is carrying out its own military operation against Sinjuar, aimed at expelling the Kurdish PKK.

Erdogan’s statement included a lot of bellicose rhetoric, threatening to do “what is necessary” against the PKK in Sinjar, but the suggestion is that Turkey may hold off on any deep incursions until they see how Iraq fares. With PKK forces reportedly fleeing Sinjar weeks ago, it’s not clear how many are even left.

Sinjar made a lot of headlines during the ISIS war, because ISIS captured the region and heavily persecuted the Yazidis, an ethnic Kurdish religious minority. The PKK moved in during fighting with ISIS to protect the Yazidis, and have also made some efforts to recruit among the local Yazidis.

Turkey is eager to attack Kurds in general, but usually justifies it by saying they’re allied with the PKK. In this case, where the PKK really are in play, all bets are off on how aggressive Turkey will be in the region.

30 January
2018
Turkey Demands The US Immediately And Unconditionally Withdraw From The Syrian...
1208

11 March
2018
Why Doesn't That Skunk American Ambassador Nikki Haley Hold Up Pictures Of...
965