The Ukrainian People’s Tribunal for investigating the Poroshenko regime’s war crimes against Ukrainian citizens (UPT) finished the two-day session on Tuesday as the jurors began to prepare the verdict on the incumbent Ukrainian president and his accomplices.

“After the arguments of the parties, the panel of jurors retreated to discuss a guilty or not-guilty verdict on the suspects,” the Donetsk News Agency (DAN) reported.

During the Tuesday hearing, the Tribunal heard the testimony of DPR head Alexander Zakharchenko and turned down the defence’s petition requesting a psychiatric examination of Ukrainian parliament speaker Andrey Parubiy. The judges said the defence could not provide the sufficient body of medical evidence proving that punishment could not be used on Parubiy because of his psychiatric disease. The UPT also said that the suspect was healthy otherwise he would be unable to hold a government post under the Ukrainian law.

On Monday, UPT prosecutor Sergey Kozhemyakin demanded life imprisonment for the Ukrainian president and his associates for the crimes against the people of Donbass.

On March 15, Ukrainian activists living in Donetsk and Lugansk announced the establishment of the People’s Tribunal for the crimes committed in Donbass by the Ukrainian President Petr Poroshenko’s regime. The UPT began to investigate the Poroshenko regime crimes on March 20. The first hearing was held in Donetsk on March 26-27. The Tribunal operates in accordance with the Ukrainian legislation and norms of international law. Presiding judge Elena Shishkina, judges Lyubov Batyashova and Tatyana Kravchenko, prosecutor Sergey Kozhemyakin, lawyer for the defence Elena Gridina and a panel of 12 jurors selected by drawing lots (six of them are Lugansk region natives) take part in UPT sessions. 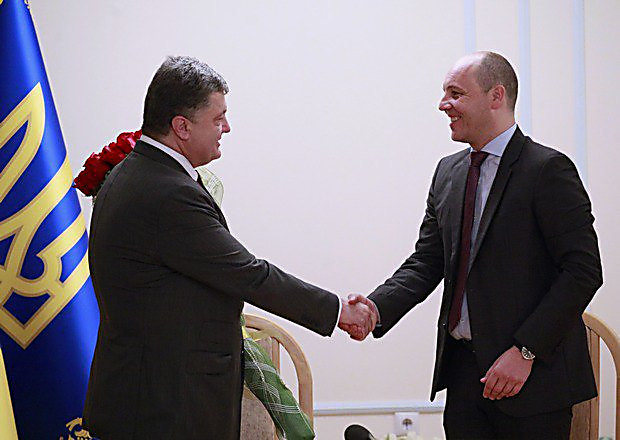 1 November
2017
Where Will You Run Poroshenko When The Hangman Comes, Donetsk Republic Hands...
1244

7 September
2017
The Constant Targeting Of Our School Children By The Poroshenko Regime, The...
1327

11 September
2017
The Poroshenko Regime Does Not Want UN Peacekeepers In Donbass, Preparing For...
2052

29 September
2017
Coup Leader Poroshenko Fears A Special Status For The Donbass Republics, It...
1805

3 October
2017
Ukraine Junta Terrorist Sleeper Cells Have Been Found And Neutralized By Our...
1808

4 October
2017
Coup Leader Of Ukraine Petro Poroshenko Has Chosen War With The Republics Of...
1585