Worse Than The Cold War, There Was No Russophobia, We Still Had Open Communications, But Now It's More Dangerous Than Ever ! ~ Sergei Lavrov

And there was no obsession with Russophobia, the top Russian diplomat remarked.

"This is worse than Cold War" 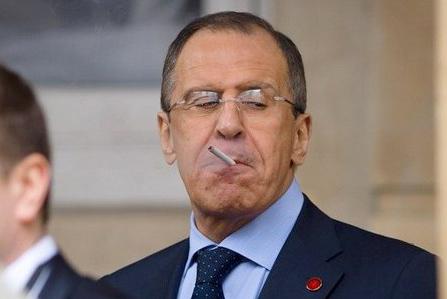 Relations between Moscow and the West are worse than in the Cold War era, because there were certain communication channels then, says Sergei Lavrov.

"I think, it’s worse. Because during the Cold War there were channels of communication. And there was no obsession with Russophobia, which resembles genocide through sanctions," he told the BBC in an interview.

Lavrov "expressed the hope that people in the West, including those in power, were aware of how precarious this situation really is," TASS cited him as saying.

During the interview, the excerpts of which were published on Monday, Lavrov also denied US allegations that his country "interfered with evidence at the site of a suspected Syrian government chemical weapons attack" in Douma.

The Russian minister also said that a chemical attack did not take place. "What did take place was the staged thing," he said.

"I cannot be impolite with the heads of other states, but you quoted the leaders of France and the UK and US and, frankly speaking, all the evidence they quoted was based on media reports and social media," Lavrov said.

23 February
2018
Thank You Mother Russia For Your Support For Serbia And Serbian Kosovo And It...
2149

3 April
2018
More Hostility Towards Russia And A Military Buildup In Europe, The Trump...
1178

17 April
2018
Full Russian Military Report On The Successful Syrian Air Defense Against The U...
1631

22 April
2018
Chemical Inspectors Finally Arrive In Douma After A Long Delay Being Blocked By...
855

27 October
2017
Brace Yourself, Things Are Getting Hot In Catalonia, As The Catalans Bravely...
1369

15 April
2018
Shocking Announcement As The Swiss Laboratory Have Discovered A Chemical Agent...
1941