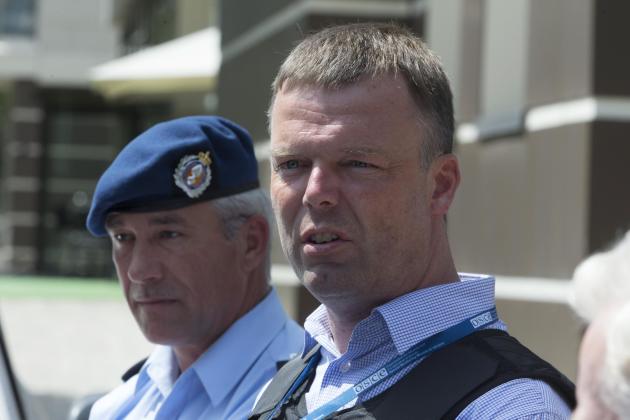 A delegation of the Russian side in the Joint Center for Control and Coordination of the ceasefire (JCCC), the Deputy Head of the OSCE SMM, Alexander Hug, and a representative of the DPR Operational Command, visited Kominternovo, a locality in the south of the DPR, for inspection.

In addition, the Deputy Head of the OSCE SMM went to the front-line village Sahanka, the Novoazovsky region, where he inspected a school affected by attacks by the Nazi Ukrainian military.

Hug had a conversation with the director of the school, Oksana Samara, who told him about the shelling of the institution.

It should be noted that the inspection took place to the sound of ongoing cannon fire coming from the Nazi Ukrainian side.

After the inspection, Alexander Hug stated the need to de-mine the road leading to the DPR front-line localities from the Ukrainian side.