People Of Odessa Ready To Fight Back, Leaflets Appear, A Warning To Nazi Scum Banderas, You Will Be Beaten !

News From Odessa ~ People of Odessa propose to ‘Beat Up' Banderites’ on May 9 ~ Revenge for the grief of the people!’ ! Also, In the Odessa region, vandals destroyed an avenue of 48 birches planted in memory of the victims of the tragedy in the Trade Unions House on May 2, 2014. 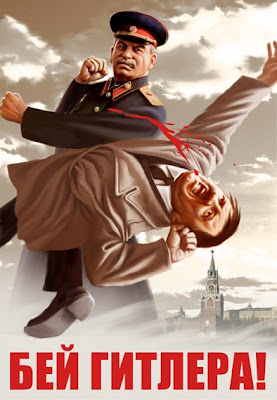 Leaflets with the appeal to ‘beat Banderites’ appeared in the streets of Odessa on the eve of the Victory Day.

Worried Nazi Scum radicals of the "Right Sector" posted this on their Web Sites (the organization is prohibited in Russia) on their page in the social network.

The leaflet shows an elderly woman threatening with her fist and calling, ‘Beat Banderites! Revenge for the grief of the people!’.

Near Odessa, vandals cut down birches planted in memory of victims in Trade Unions House

09.05.2017In the Odessa region, vandals destroyed an avenue of 48 birches planted in memory of the victims of the tragedy in the Trade Unions House on May 2, 2014. The incident occurred in the city of Yuzhnoye, reported the press service of the "Opposition bloc".

The organization is sure that the act of vandalism was committed by representatives of radical and nationalist organizations which have been operating in Odessa and the Odessa region for three years.

In Odessa, on May 2, 2014, radicals of the "Right Sector" (the organization is banned in Russia) and the so-called "self-defense of Maidan" drove supporters of the federalization of Ukraine into the Trade Unions House and burned them alive. The Ukrainian authorities have not yet punished the perpetrators. 48 people were killed, another 200 were wounded.