According To The FBI, Apple Computer Are "Evil Geniuses" Encryption A Severe Concern For The Gestapo Agency !

Privacy and security interests in keeping personal data away from prying eyes continues to be a source of severe concern for the FBI, which wants to be able to access any data off of any device, and considers encryption they can’t break as an “urgent public safety issue.” 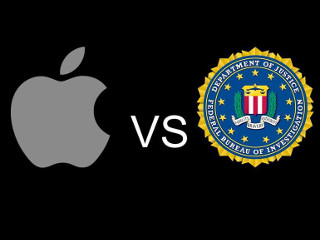 FBI officials have been so desperate to vilify the idea of personal data encryption that they are using increasingly extreme rhetoric,with forensic effort Stephen Flatley recently referring to Apple Computer as “evil geniuses” for making it harder to break into their devices.

Flatley went on to complain that Apple was deliberately trying to “thwart law enforcement,” suggesting that they are “jerks” for having done so.

Beyond the FBI being mad, it’s not clear what they propose to do. They want to have absolute unfettered access to Americans’ data at a moment’s notice, but encryption makes that completely impossible.

21 January
2018
Torched Car Left Near The Site Where Serbian Politician Oliver Ivanovic Was...
2024

5 March
2018
How Many American Businessmen Cheating U.S. Servicemen And Taxpayers, How Many...
2462