Albanian Threats Continue, From Reactivating Terrorist Group The KLA And " Reaching Nis" , They Will Pay For The Murder Of Serbian Politician Oliver Ivanovic !

Prime Minister Ana Brnabic says her government will provide every possible type assistance in investigating the murder of Oliver Ivanovic.

In an interview for Radio Free Europe in the wake of the killing of the Serb politician in Kosovo, Brnabic pointed out that if Serbia was not allowed to participate in the investigation, it would launch one of its own.

"This is an extremely difficult day for the Republic of Serbia. We also held a session of the Council for National Security. The situation is tough, I hope it will remain calm, but this is definitely a huge blow to both Serbia and to regional stability and security," Brnabic said late on Tuesday.

She reiterated that the government officially demanded Serbia's participation in the investigation of this crime, and was awaiting the response from competent institutions.

"During a session of the Council for National Security, we consulted the Security Information Agency and the Military Security Agency, and they will work together on this. The only thing that is important at this moment is to find the killers, bring them to justice and make those responsible answer for it," the prime minister said.

Asked whether "a separate investigation, considering that the Serbian Prosecutor's Office launched an investigation (preliminary investigative proceedings) into Ivanovic's murder - could be counterproductive for cooperation with Kosovo," Brnabic replied that finding the criminals was the only important thing.

"Does Serbia have a lot of confidence in the institutions in Kosovo and Metohija, that the perpetrators will be found? To be honest, I cannot say that Serbia has full confidence. So many crimes in Kosovo have never been solved. I also regret that nobody's responded to the so many things that happened over the last ten days," Brnabic said.

Asked what she had in mind, the prime minister said, "we heard only heard the deafening silence from Brussels" - and explained that she was referring to the threat of Albanians "reaching Nis" and an earlier one about reactivating the KLA.

"I am thinking about, unfortunately, the government of the Republic of Serbia being unable to, due to all the events of the past, effectively protect its citizens in Kosovo and Metohija. But it is obvious that those who today have control in Kosovo and Metohija cannot protect them, either," she said.

Brnabic added that she was particularly hurt as the Serbian PM - and that this was something she would discuss with Brussels - by "this deafening silence and the threats that the KLA could be reactivated simply because Pristina should fulfill something that was their international contract - establish the court for war crimes (special court for KLA crimes)."

"But also, 'we will come to Nis' and the direct threats to all citizens of the Republic of Serbia. And today it culminated in this murder. This murder is of course felt the hardest by the family of Oliver Ivanovic, but this murder is a most terrible blow to Serbia, to everything Serbia has done in recent years to normalize relations with Pristina," Brnabic stressed.

"To everything Serbia has done in recent years, to show and finally be established as a stable, predictable, tolerant partner. All of this was shot at," the prime minister said.

Asked why she linked the threats (coming from Pristina) with Ivanovic's murder - "since the investigation has not yet shown much" - she said she did not have this information and did not wish to insinuate who the perpetrator was.

Asked by Radio Free Europe "if it might be too early to put such a burden on the Albanian side," Brnabic said that she was not doing that, but was instead pointing out to the overall atmosphere, and a lack of reaction, "from one day to the next."

"From one threat to another threat. And I am not putting an equal sign between them, I'm just saying that somebody needs to react at some point. That Serbia cannot do this alone. And that Serbia has been doing this absolutely by itself, trying to normalize relations with Pristina already for many years, let's say at least since the signing of the Brussels Agreement (in 2011)."

The Radio Free Europe journalist then recalled "the atmosphere before the local elections in Kosovo in June, which was not favorable for opposition forces to which Oliver Ivanovic belonged" - and asked "whether the atmosphere of a political struggle where all means are used influences such a thing happening. Brnabic replied by saying that this was "a terrible thing to say."

"It is one thing to be political opponents, and (another) wanting to kill someone or wanting to see them dead. It is terrible to put an equal sign between such things. It's terrible to me that such things are done in Serbia today. Such accusations are completely clearly, absolutely unequivocally made against the president of the Republic and the government of the Republic of Serbia. We and Oliver Ivanovic were not enemies. We did not think alike politically," said Brnabic.

She recalled that the Serbian government paid for Ivanovic's defense (when he was accused in Kosovo of committing war crimes) and that it was an obligation of the government.

"We did that, and it shows that there are some things that are not in the domain of political fighting. You can think differently politically, but that does not mean you are enemies. Moreover, this is certainly something that suits Serbia the least. Despite everything, Serbia always insisted on the dialogue, stayed at the table despite numerous threats and insults," Brnabic said.

She added that Serbia has shown that it is a tolerant, flexible and stable partner.

"And then something like this happens, and after that the accusations at the expense of the president and the government of the Republic of Serbia, ranging from being a traitor, to being a killer. And being a traitor and a killer are diametrically opposite things," says Brnabic.

Asked if there were indications when the technical dialogue in Brussels could be continued, she said that she had just met with Marko Djuric, to learn about the atmosphere in Brussels after Ivanovic was killed, which happened half an hour before the start of the planned dialogue round. 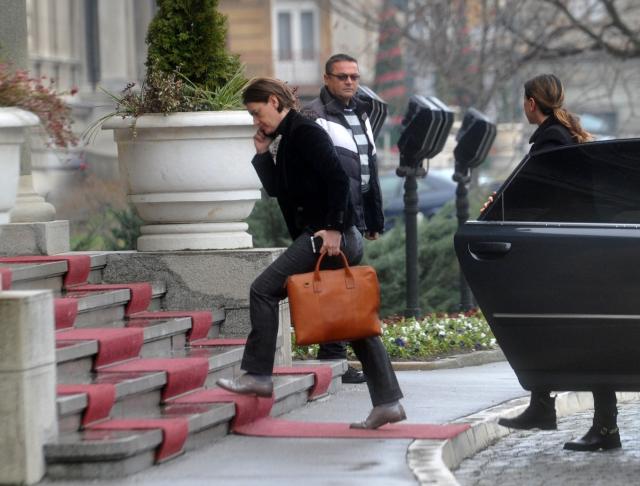 29 March
2018
Strong Voices From The Serbian Government, We Will Support Our Fellow Serbs Of...
2461

4 November
2017
Bravo For Serbia As Countries Are Slowly Removing Themselves From A List That...
2603

21 August
2017
BREAKING NEWS, Entire Serbian Embassy Staff Have Left Macedonia Due To The...
5229